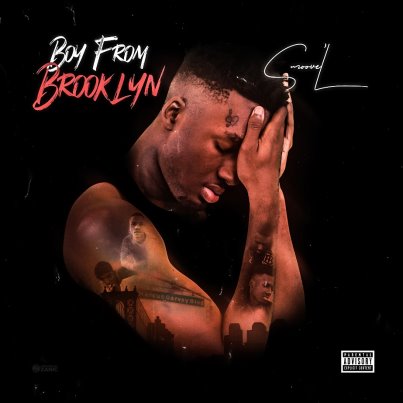 Boy From Brooklyn is the label-debut from rapidly rising 19-year-old rapper, Smoove’L. On the 11-track mixtape Smoove’L (Lefty Sanders) uses his time to talk about relationships. It illustrates his highs and lows – the tape kicks off with “Facetime” then leads into previously released track “2020,” which includes a hard-hitting beat and his signature effortless hums.

Late last year the Bed-Stuy rapper released “New Apollos,” a track that helped put him on the map. The single reached over a million views on YouTube within a month and caught the eyes of Genius and Lyrical Lemonade amongst others. Less than a year later the video has racked up more than 10 million views. The top of 2020 spawned continued success. In January, Smoove’L had his first live show at the Barclays Center for Yams Day, where he performed in front of thousands of people. Less than a week later, he released “Palm Angels,” a bass-heavy, melodic ode to the luxury clothing brand – and the women who wear it.