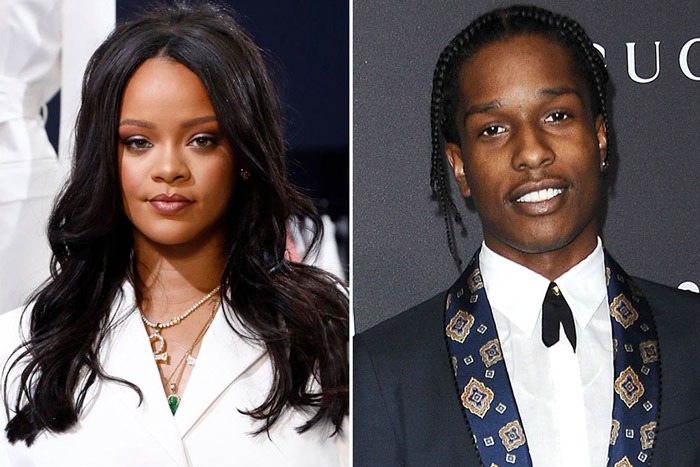 Is Rihanna moving on?

A day after it was announced that she and boyfriend Hassan Jameel had split, the pop superstar was spotted hanging out with A$AP Rocky in New York City on Friday. According to Us Weekly, the two were smiling and laughing backstage at the fifth annual Yams Day at Brooklyn’s Barclays Center.

The two previously sparked romance rumors after they were seen kissing off-screen while filming the video for “Fashion Killa” in 2013. However, Rocky denied that they ever hooked up, but admitted that they would make a “cute couple.”

Rihanna and Rocky have remained close friends throughout the years. He recently supported her when her Fenty brand was honored during the Fashion Awards in London last month and at her Diamond Ball in September. This past December, Rihanna was reportedly seen at his concert in Sweden.

Their appearance at Yams Day came just hours after it was reported that Rihanna and Jameel had ended their relationship after nearly three years of dating.

Rihanna was not the only star at Yams Day. The fifth annual celebration also brought out Tyler, the Creator, Lil Yachty, and Drake, who gifted Rocky with a custom Yams chain in honor of his late friend.