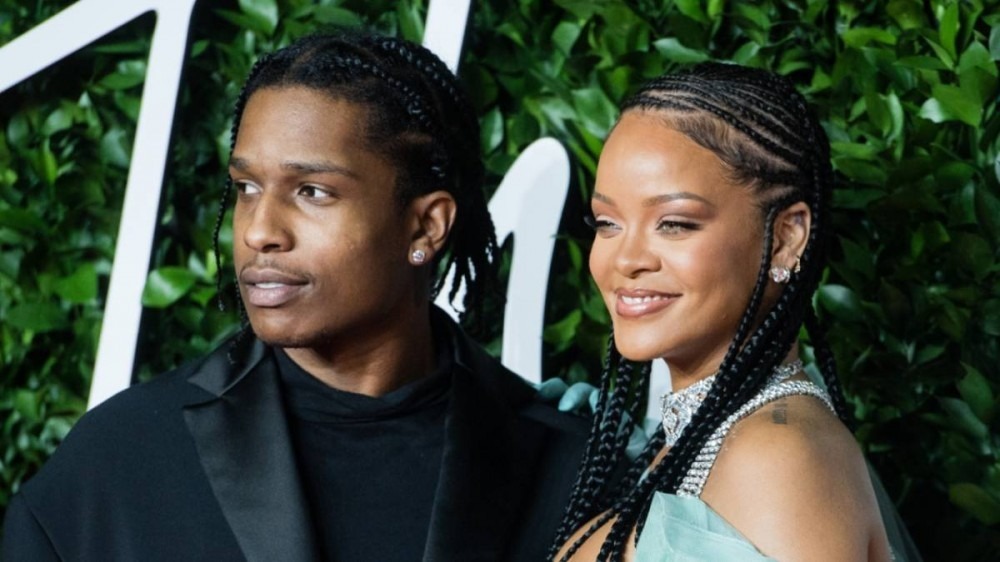 London, ENG – Rihanna has been enjoying spending time with her baby boy over the past month since giving birth in May, but decided to take a break from mommy duties this weekend and accompany A$AP Rocky at London’s Wireless Festival.

RiRi was spotted on Friday (July 1) walking through the crowd during her boo’s set. The Fenty Beauty founder looked noticeably irritated about something in the brief clip, which saw her rocking a black oversized bomber jacket.

The A$AP Mob leader will continue his festival run this summer until he returns to the Big Apple to headline Rolling Loud NYC in September.

The Harlem native has continued to tease music on social media but there’s no word on when his new album will drop. Rocky returned in May with his first solo single of the year with “DMB,” an ode to the mother of his first child.