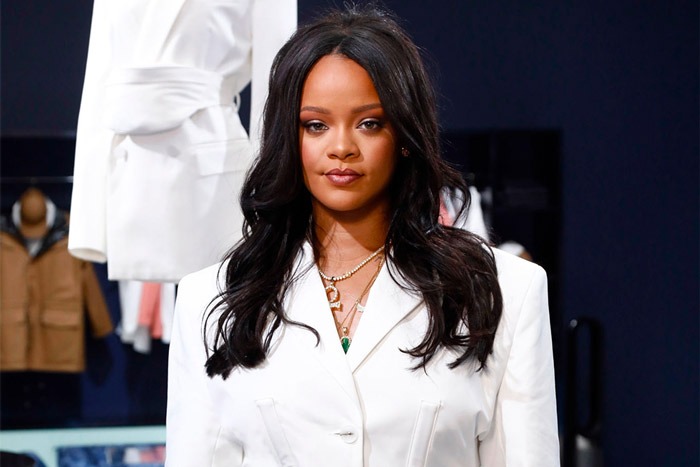 Rihanna is putting business on hold in observance of Blackout Tuesday.

In response to the protests demanding justice for George Floyd and other black Americans who have been killed at the hands of police, the singer has halted global sales of three of her brands—cosmetics company Fenty Beauty, lingerie line Savage x Fenty, and luxury house FENTY.

Rihanna announced that she and her businesses would be participating in Blackout Tuesday, a social media campaign that encourages people and businesses to pause their daily activities and bring awareness to the Black Lives Matter movement, while also acknowledging black Americans’ spending power.

“We ain’t buying shit!!! and we ain’t selling shit neither!! gang gang! #BLACKOUTTUESDAY AF!!!” Rihanna wrote on her social accounts.

Visitors to her brand websites were met with a message explaining their participation in the campaign. “We are not staying silent and we are not standing by,” reads a statement on SavageX.com, FentyBeauty.com, and FENTY.com. “The fight against racial inequality, injustice, and straight up racism doesn’t stop with financial donations and words of support. In solidarity with the Black community, our employees, our friends, our families, and our colleagues across industries we are proud to take part in #BlackoutTuesday.”

The statement continues, “This is not a day off. This is a day to reflect and find ways to make real change. This is a day to #PullUp.” The #PullUp hashtag was inspired by Rihanna’s own speech at the NAACP Image Awards in February.

They also shared links and encouraged customers to donate to three organizations including Black Lives Matter NY, Reclaim the Block, and The Bail Project.

Rihanna’s LVMH-backed FENTY brand will be donating funds to Color of Change and Movement for Black Lives. “We ask you to speak up, stand up, and pull up against racism and discrimination in all forms,” the brand wrote on Instagram.

Last week, an emotional Rihanna reflected on the death of Floyd, who was killed after a white police officer kneeled on his neck for nearly nine minutes. “For the last few days, the magnitude of devastation, anger, sadness I’ve felt has been overwhelming to say the least! Watching my people get murdered and lynched day after day pushed me to a heavy place in my heart!” she wrote.

FENTY as a brand was created to elevate beauty, power and freedom! At this very moment racists are attempting to rip those values away from black people and we will NOT stand by and let that happen. We are too powerful, creative and resilient. In support of the black community, we will be donating funds to Color of Change and Movement for Black Lives. We ask you to speak up, stand up, and pull up against racism and discrimination in all forms.