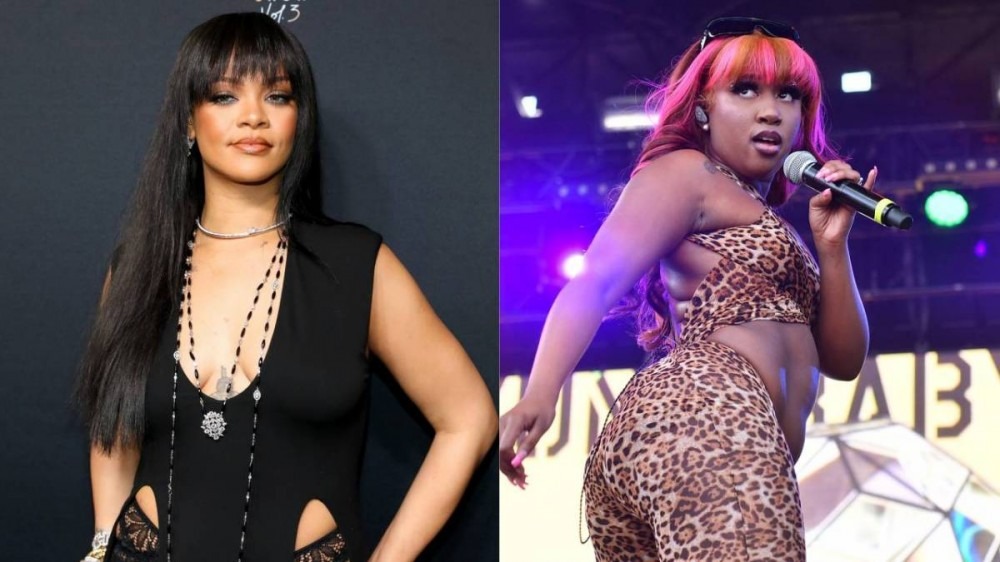 Yung Baby Tate found herself on the defensive after she performed at AfroPunk in Atlanta last month.

After fans criticized her appearance and said she needed to lose 10 pounds, the Georgia born rapper and daughter of Dionne Farris jumped on Instagram to clap back at critics, earning a DM of encouragement from Rihanna in the process.

The Savage X Fenty founder told YBT a message which she’s yet to publicly reveal but it only amplified her message to fans to highlight their own bodies and shake off beauty standards.

“I’m really crying y’all Rihanna just dmd me,” Tate tweeted. In a follow-up tweet she added, “Y’all gon’ be so mad when I link with Savage X Fenty in this bomb ass body of mine.”

Tate took her message of body positivity from Instagram to Twitter where she began a thread calling for natural body women to show off their favorite body pics. To date, the tweet has been quote tweeted over 6,000 times with over 9,000 retweets and 1,300 replies.

Body shaming women in Hip Hop has become a growing trend in recent months as well as individuals defending those attacked. After Lizzo was “fat shamed” for her sexually charged “Rumors” video with Cardi B, T.I. stuck up for her, calling out haters. Coi Leray has felt pressure online about her slim figure compared to acts like Megan Thee Stallion only for fans to heap praise upon both.