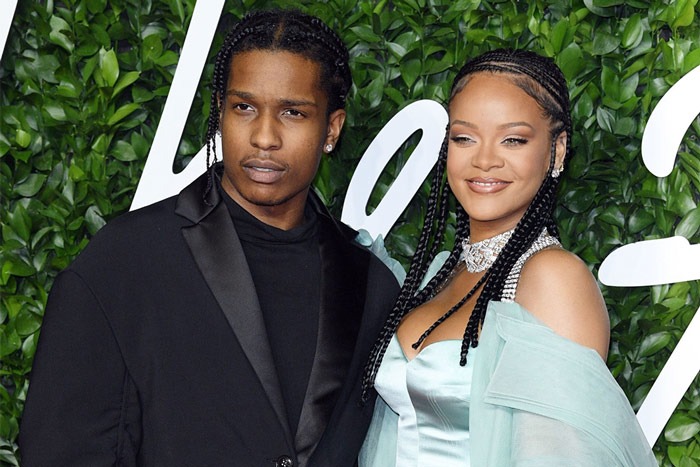 Rihanna is moving on.

The singer is reportedly dating A$AP Rocky in the wake of her breakup with Hassan Jameel. The Sun reports that Rihanna started dating the Harlem rapper “just days after it was revealed she had ended things” with her billionaire boyfriend.

Rihanna and Rocky, both 31, sparked rumors of a romance when they were spotted smiling and laughing backstage at the fifth annual Yams Day at Brooklyn’s Barclays Center earlier this month.

But Rihanna is not ready to put a label on their relationship. “It’s really casual between them and she’s not thinking about whether there’s a future with Rocky. She’s a newly-single girl having fun,” adds the source.

In 2013, the two were seen kissing off-screen while filming the video for “Fashion Killa.” However, Rocky denied that they ever hooked up, but admitted that they would make a “cute couple.” “That never happened. If it happened, then it would have happened. We didn’t do that,” he told Hot 97’s Nessa in 2015.

The two have maintained a close friendship throughout the years. Rocky supported Rihanna when her Fenty fashion brand was honored during the Fashion Awards in London last month and at her Diamond Ball in September. This past December, Rihanna was reportedly seen at his concert in Sweden.

Rihanna and Hassan ended their three-year relationship earlier this month. The singer and Saudi businessman were first linked in June 2017. “Their lives were too different and it was hard to maintain a relationship,” says a source.