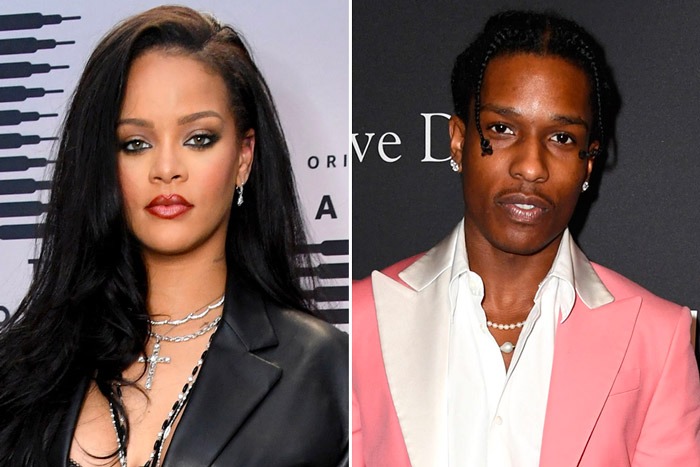 Rihanna and A$AP Rocky are going public with their relationship.

Following reports that the two are dating, the couple was spotted together for the first time on a stroll through New York City on Wednesday night (Dec. 2). In the paparazzi photos, the two were bundled up and barely recognizable in oversized jackets with hoods on their heads and masks over their faces as they braved the freezing temperatures.

Just days prior, PEOPLE reported that the singer and rapper, both 32, were officially a couple and had been seen on a dinner date earlier in the week. This follows Rihanna’s split from her boyfriend of three years, Saudi businessman Hassan Jameel.

Rihanna and Rocky have maintained a close friendship throughout the years. The Harlem rapper starred in her Fenty Skin campaign and the “Cockiness” collaborators interviewed each other about all things skin care and wellness for GQ and Vogue.

While fans celebrated their blossoming romance, Lil Uzi Vert was seemingly not thrilled over the news. Upon after hearing that Rocky was dating his crush Rihanna, he unfollowed her (She was the only person he followed). Tyler, the Creator also reposted a meme mocking his reaction to Rihanna and Rocky’s relationship.

Lil Uzi Vert unfollows Rihanna after reports that her and A$AP Rocky are dating. She was the only person he was following.