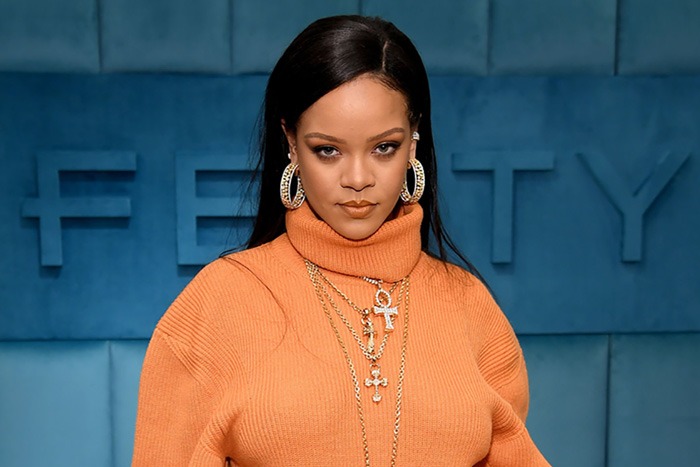 The wait is still not over.

It’s been four years since Rihanna’s last album and fans have been growing impatient. But she’s not about to share an update. In fact, the singer had some fun antagonizing her Navy when asked about the long-awaited project, dubbed R9, during a recent interview with “ET.”

“Dot dot dot. To be continued,” said RiRi, miming three dots with her fingers. “I like to antagonize my fans a little bit. Well, they antagonize me, too! So, they get it right back.”

Earlier in the week, she jokingly clapped back at fans who keep asking about R9 on Instagram. “Where is the album?” asked one commenter, to which Ri responded, “Why have I never seen this one before?”

In an interview with Vogue last year, Rihanna shared more details about the follow-up to 2016’s ANTI. “I like to look at it as a reggae-inspired or reggae-infused album,” she said. “It’s not gonna be typical of what you know as reggae.”

Rihanna has responded to fans who are asking for her upcoming album on Instagram today. pic.twitter.com/6q8xlz5Mzo

The world’s richest female artist was in NYC on Friday for the launch of her Fenty brand at Bergdorf Goodman where she gushed about receiving support from her peers including Teyana Taylor.

“It really shocks me, the people that reach out. I feel so, like, ‘Wow!’ Even Teyana Taylor! She’s like, ‘I want those Wasabi pants!’ And I’m like, ‘I got you, girl!'” she said. “And to see the celebrities that didn’t reach out to ask for stuff, but went to the store, or went online, and bought it — it makes me feel really, really great. Because I’m one of those celebrities that when I see something I like, I just go buy it. So to feel supported by my peers, it’s a big deal.”

Rihanna, who penned a heartfelt tribute to Kobe Bryant on Instagram, also addressed the death of the NBA legend. “Every time I see a helicopter, it’s just like– As an entertainer, we travel so much, like, in your mind, it could have been any of us,” she said. “My heart breaks, my heart goes out to Vanessa Bryant and the entire Bryant family and all of the families that lost people that day. It’s a tragedy and I think it’s something that the world will never really get over.”