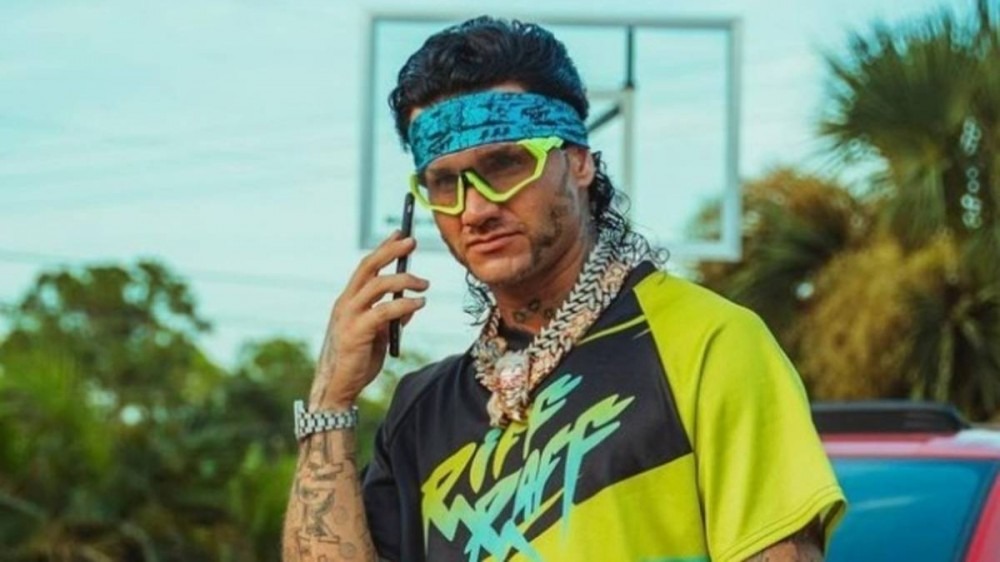 In a lengthy caption on an Instagram post Monday (February 15), the Vanilla Gorilla rapper seemingly stuck-up for Meek Mill  by defending his actions during a recent parking lot altercation with 6ix9ine and also challenged the New York native to step into the ring for one million dollars.

“Hello @6ix9ine i see that you like to attempt to start fights with Real Artists that have police records to where if they were to kick your ass in a parking lot then they would go to jail and fuck their money up…,” he began. “So I, Dale Dan Tony, which (No Felony record) would like to turn the tables and play your game with you as well as Up the Stakes I challenge You @6ix9ine in the boxing ring for $1,000,000 cash. We both put $1,000,000 in a glass case at a Pay Per View event and the winner takes all.”

He continues on by dragging the big names in boxing such as Floyd Mayweather and J. Prince into the request in an attempt to manifest the fight.

“I will be training starting today and I suggest you do as well,” RiFF RAFF says. “I will give you 3 months of training as well. See you in the RING you little mosquito …. oh and did you really think you could steal my Rainbow Braids and shark grills  and then NOT have to eventually pay the Prada Piper ….. Good Luck 69 you will be 69ing the announcers table when I know you thru the ropes my dear lad.. Let’s Get it… @roughnrowdy @floydmayweather @topRank @daznboxing @mgmgrand @worldstar @akademiks @nojumper @saycheeeseetv @jprinceboxing @kingryan @gypsyking101 There is no running now this WILL happen.”

The celebrity boxing craze has hit an all-time high culminating with the brutal knockout YouTube star Jake Paul dealt to Nate Robinson during the undercard match of Mike Tyson’s exhibition fight against Roy Jones Jr. last year. Initially, several potential bouts emerged as a result of the Paul and Robinson fight, including Memphis rapper Blocboy JB’s offer to take on Paul in order to avenge the former NBA player’s loss.

50 Cent, who mercilessly trolled Robinson on social media after for being TKO’d, also recently found himself being called into the ring by his mortal enemy Floyd, after he rescinded his offer to fight the undefeated professional boxer after he accepted the match.