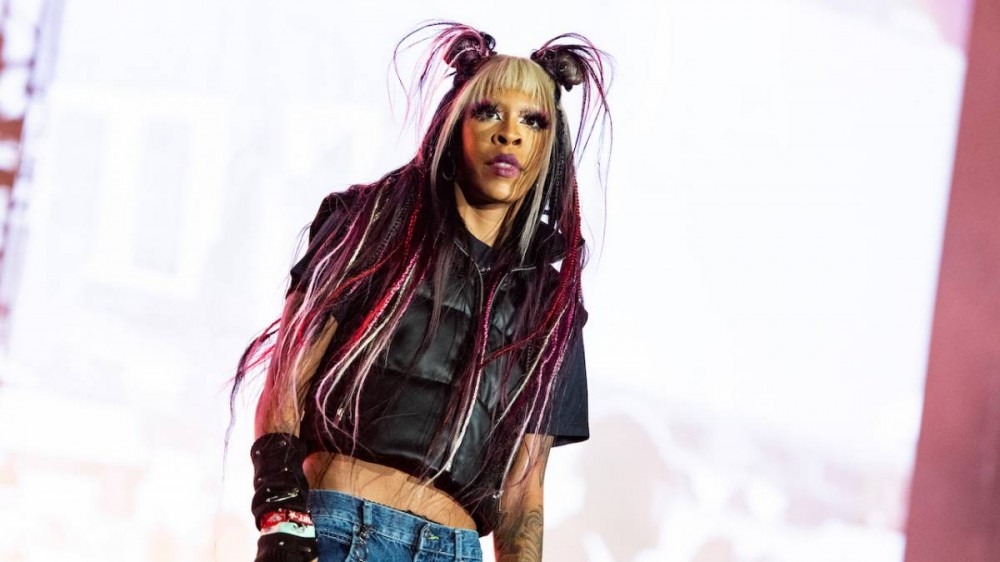 The rapper, who fans have got to bat for after her harassment on Playboi Carti’s recent tour, recently called out one individual for wanting credit over artwork she shared on her Instagram Story.

The artist, @nameisboytoy, reshared the image Rico took on their Twitter on Wednesday (February 9) with a tongue-in-cheek message to boot.

The post, and immediate fan backlash, prompted Rico to take to social media to give her thoughts on providing artists credit if someone reshares their work.

“So if you see something that you like on Twitter, and you screenshot it, you’re supposed to post the artist?” she asked. “Y’all make these politics for reposting shit and it’s so fuckin’ stupid. If I see something, and I fuckin’ liked it, then I’m gonna repost that. I don’t have to tag anybody. This is ridiculous.

“How many of y’all post pictures of me and not tag me?” she continued. “Remake pictures of me and not tag me? Y’all need to shut the fuck up. Y’all invade my whole privacy over here, but I can’t even post something that I fuckin’ like and you’re taking it to heart like, ‘Damn no credit?’ Girl, here’s your credit, here’s your 15 minutes of fame, the picture was cute, you’re a great artist, but you’re a shitty fuckin’ person.”

The notion of giving artists credit is similar to giving photographers credit for photos posted on social media. Famously, celebs such as Jennifer Lopez have been sued by photographers for what the photographer deemed “unauthorized” use of their work, despite the celebrity being the subject.  At the same time, tagging an artist in a photo can raise awareness of their work and portfolio.

When focused on her art, the enigmatic rapper is helping out artists like Memphis’ rapper Duke Duece. The 2022 HipHopDX Rising Star and Rico recently linked for the single “Falling Off,” complete with a video to match.

In a nod to old Three 6 Mafia music videos where performing alongside friends with mysterious strobe lights was the norm, Rico and Duke ride the guitar-driven track where Duke proudly proclaims himself the “King of Crunk,” and his reign isn’t stopping anytime soon.

Watch the video for “Falling Off” below.