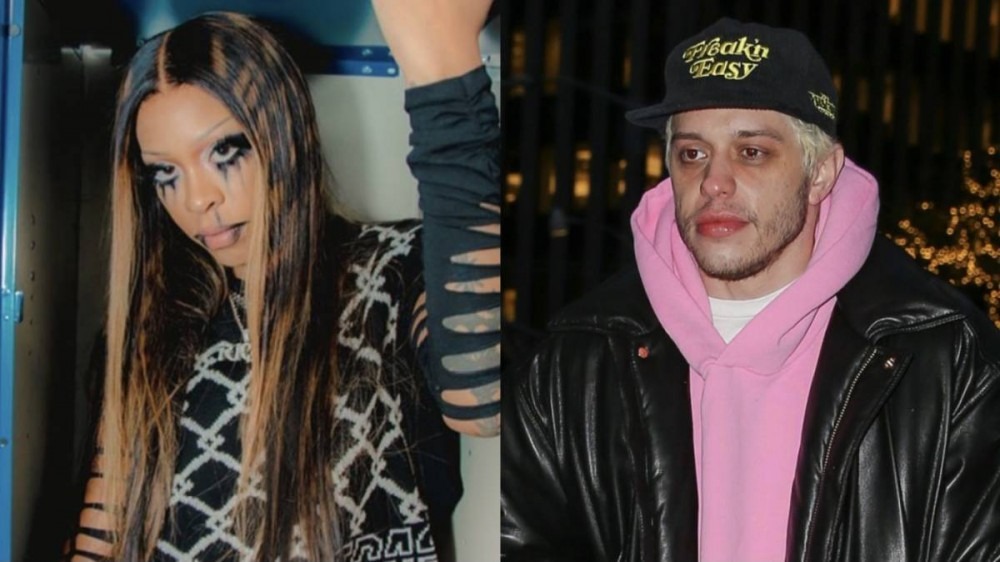 Kanye West’s ongoing divorce from his wife Kim Kardashian took a turn when she was caught spending a lot of time with actor and comedian Pete Davidson. As social media heats up with predictions on where the relationship is going, Rico Nasty has her eye on a certain somebody in the love triangle.

On Wednesday (December 22), OurGenerationMusic shared a clip on their Instagram of an interview with Rico Nasty on one of Playboi Carti’s Narcissist Tour stops. The rapper was asked who she had a crush on, and she played around with her choices.

“Tyler, the Creator, I’m kidding,” Rico said. “Can I tell you my real celebrity crush? Pete Davidson, we were talking about that joint on the way here. He got nice eyes. It’s just a sick joke, I don’t have a crush on anybody. I got a boyfriend that’s my boyfriend right here.”

Kim Kardashian has really been living her best life since leaving Kanye. The latest update in the whole ordeal is her and Davidson hanging out in a group so that Kanye doesn’t fall off track with his emotions. A source close to the situation told Page Six that Kim is trying to avoid what her sister Kourtney is doing spending time with Travis Barker.

There’s another report from Page Six that says Kanye West is now single. Rumors were swirling that he was seeing a model named Venetria, but that relationship is now over after Kanye stopped following her on Instagram.