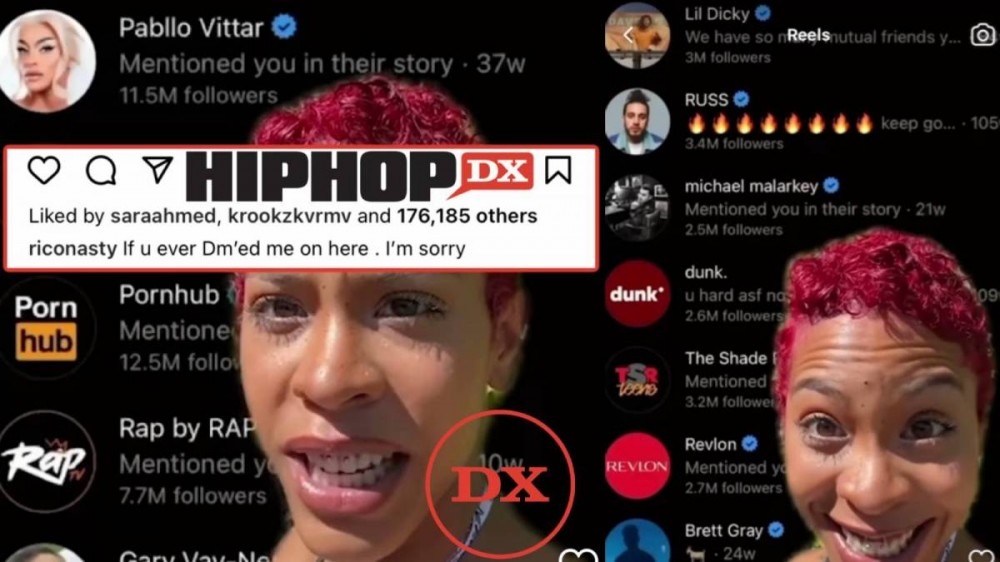 Much like T-Pain’s TikTok-leaked IG epiphany when the Grammy Award-winning artist discovered the inbox feature on the Gram that puts direct message requests in a separate folder, Rico Nasty revealed she-too ignored countless celebrities and organizations over the years while being completely oblivious to the filter.

In an Instagram post on Friday (April 30), Rico Nasty remixed T-Pain’s original reel and gave the “Buy A Drank” vocalist credit for making her aware of the matter.

“Well, big shout out to T-Pain for letting me know that this was a fucking thing on Instagram,” Rico started off shaking her head while scrolling through her DM’s. “Are you serious. Are you guys kidding me right now? Russ? And Lil Dicky? Eric Andre? Where have I been, the Grammy’s — Zaytoven!” she exclaimed.

Rico also admitted that it was a major oversight on her part and made it clear she was not intentionally ignoring A-list celebs just to flex for social media.

It’s anyone’s guess how many of the individuals who have attempted to reach out to Rico Nasty over the years caught wind of this video with her earnest confession, the best case scenario would be if they all took it as well as Lil Dicky did — as he popped in the comment section with a friendly “Hello,” comment seemingly to let Rico know it’s all good.

It goes without saying, though, that this is an honest mistake and could happen to anyone — though rarely do regular people have well known artists such as Zaytoven and comedians including Eric Andre in their inboxes like Rico Nasty does.

The Nightmare Vacation singer is also extremely busy building her Sugar Trap records empire with groundbreaking branding and marketing moves like her recent “OHFR” NFT drop, along with her numerous partnerships with companies like Rihanna’s SavageXFenty brand and streaming platform SoundCloud.

Think of it this way, T-Pain and Rico Nasty both face-planted on IG so that everyone else can run.