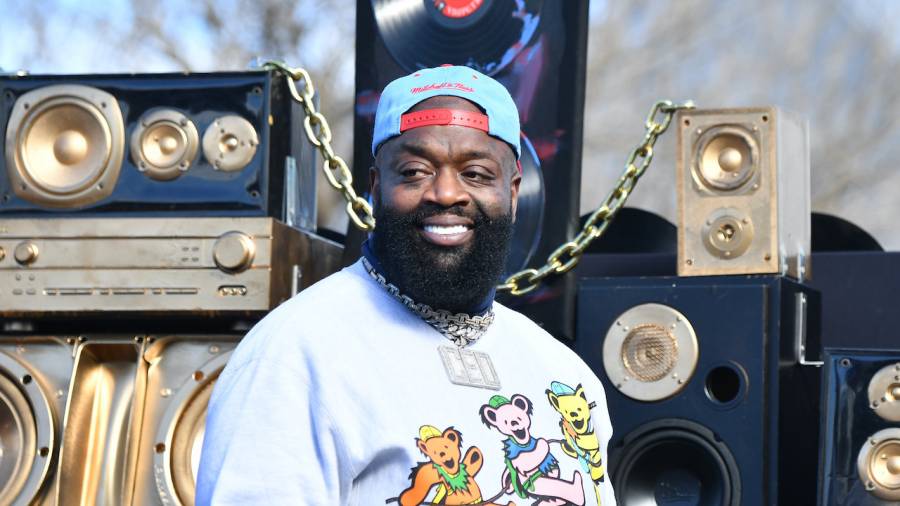 Rick Ross is making a serious claim at being the funniest rapper in Hip Hop. He’s been dropping off hilarious videos regarding his money and farming aspirations, but the Biggest Bawse is just getting started with the comedy.

Over the weekend, Rick Ross was partying up at a club when footage got out of him rubbing his sweaty head on a female friend. The woman couldn’t do anything but laugh at the awkward moment as Ross wiped a nice heaping load of sweat all over her face.

Why Rick Ross wiped his sweat on her 😭 pic.twitter.com/unKiuHt6Vn

The moment was pretty nasty, and Rick Ross got back on social media to explain what was happening in that clip. According to Ross, his sweat is very lucrative, and any woman that gets blessed to touch his sweat should be grateful.

“Listen ladies, when I rub this sweat on you, this is expensive sweat,” Rick Ross said while wiping his face with the beads of water dripping down his head.

The video comes a few days after Rick Ross was ridiculed for riding a camel that seemed to be struggling with the rapper on its back. In a series of video clips posted on Instagram, Fans can see the Maybach Music Group boss struggling with the camel as multiple handlers try to help him out. The video’s best part came from Ross’s hilarious facial expressions while the camel’s legs were buckling.

Speaking of Rick Ross and animals, the Richer Than I Ever Been rapper is building up his own farm on his massive Georgia estate. Ross recently purchased his own 10-month-old cow as he started building his farm and even got to work cutting down trees on his property.