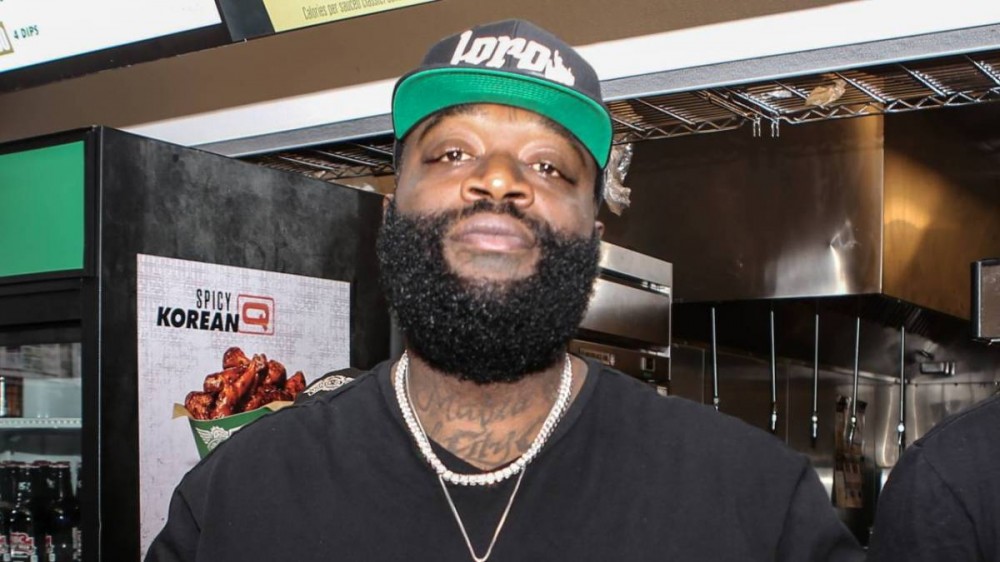 Miami, Florida – Rick Ross knows a thing or two about beef having been in a few lyrical spats over the years, but his latest beef might his best.

This week, the Miami rapper’s son William Roberts celebrated his 17th birthday, and Rozay gifted him some prime time beef in the form of a pricey steak.

Rozay showcased the gift on his Instagram Stories while having dinner with William at Miami’s Papi Steak restaurant. Surrounded by loved ones and a cheering waitstaff, the server can be seen walking out and unveiling a delicious $1,000 steak in a shimmering, gold briefcase.

The clip captures William looking stunned as the waitstaff around him calls out: “Let’s go!” The steak is then branded before the video ends.

The steak is reportedly called the Wagyu Tomahawk, and the glowing briefcase it’s presented in is a reference to Quentin Tarantino’s 1994 film Pulp Fiction, in which Samuel L. Jackson’s character opens up a glowing briefcase that fans theorized contained a person’s soul.

A steak worth a grand is just the latest in a long line of lavish gifts Rick Ross has bestowed upon his son over the years. For his 16th birthday, Ross gifted the teen his own Wingstop location, making him the owner of his first franchise.

“Everyone wish my son @mmgbigbank HAPPY 16th BIRTHDAY !!!” he wrote in an Instagram post. “Today he became the owner of his 1st @wingstop franchise. Your now officially a BOSS !!! Keep Going.”

Jim Jones, E-40, Murda Beatz, T.I. and Killer Mike were among those who congratulated William on his Wingstop location, with Ross commenting: “William, I’m extremely proud of you my son.”

The MMG boss himself owns over 25 Wingstop locations, but five of them were recently slapped with a $100,000 bill from The Department of Labor’s Wage and Hour Division resulting from multiple violations including safety training and background check issues, as well as register shortages and more.

“I want to take time to address something,” Rozay said in response to the fine on Instagram. “When you running a business, there will be mistakes, but as the Biggest Bawse, you don’t make the same mistakes twice, you see?”

It’s not just his son Rozay’s been buying gifts for, the MMG boss also recently bought himself an iced-out watch from famed Hip Hop diamond man Jacob the Jeweler, just because he could.

“Ladies and gentlemen, we talking big money over here. Timepiece, biggest,” Ross said as he showed off the watch on Instagram. “There’s only one designer that can create this — goes by the name of Jacob. Go do your homework.”