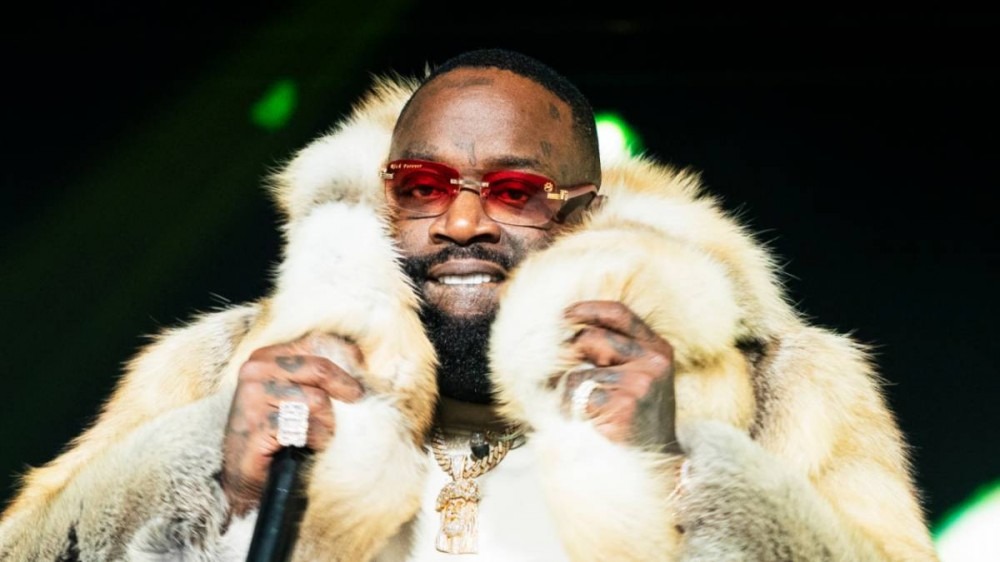 Whenever Rick Ross hits record on his phone, fans are going to be treated to something hilarious from the Biggest Bawse. Over the weekend, Rozay was back at it again, this time modeling a pair of sneakers he had just received from Balmain.

In a clip that surfaced online over the weekend, Rick Ross walked down his hallway with shorts and no shirt on while wearing one shoe and limping towards the camera. Ross’ friend, who was recording the hilarious moment, got the rapper charged up with a bit of patois in which he started speaking the Caribbean language.

The Balmain shoe is called the “Unicorn” and was designed by their head of sneaker design Safa Şahin. He first unveiled it last December and it’s expected to drop sometime this year.

This isn’t the first time Rick Ross has acted a fool on social media. Last month, the Miami native was filmed dancing shirtless to Barrington Levy’s “Murderer” while holding a bottle of Bumbu liquor as his friend hyped him up behind the camera. He did the same thing again in April, promoting Bumbu while hitting some dance moves.

Rick Ross isn’t just providing hilarious content with his dancing and love for patois. The Maybach Music Group boss also recently upgraded his diet when he tried tomato juice for the first time in his life, but it wasn’t what he expected.

“It’s all about elevation,” Rick Ross said in the clip before taking a sip. “I’m drinking tomato juice, y’all know Rozay never had no tomato juice.”

Rozay drank from his glass and took a second to ponder the taste while smacking his tongue against his mouth. Turned out the flavor wasn’t what Ross had in mind as he commented, “Shit ain’t hit on nutin” on Akademiks’ repost of the clip.