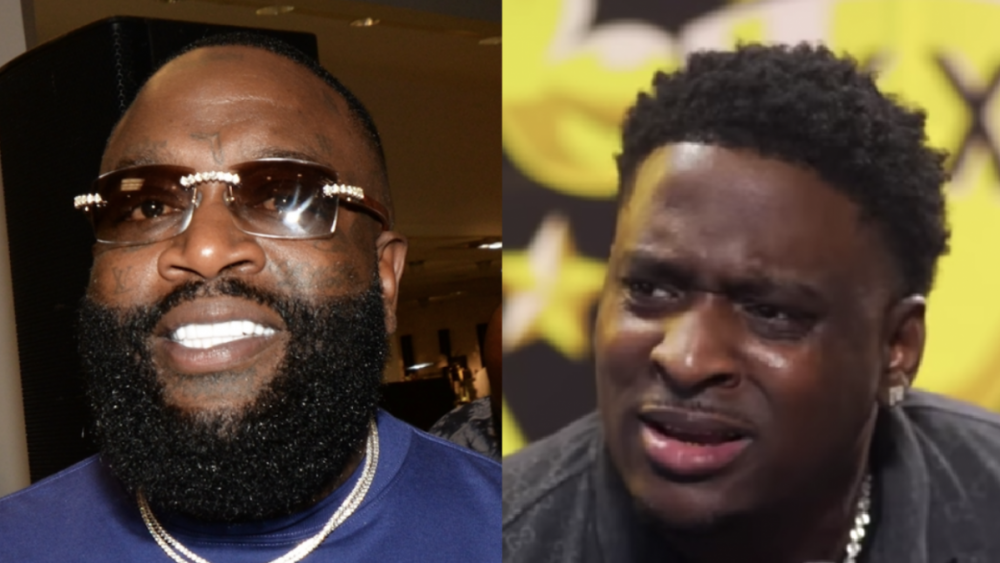 Rick Ross has responded to Turk following his volatile Drink Champs interview earlier this month — see Rozay’s clap back below.

During his recent visit to see N.O.R.E. and DJ EFN, the Hot Boys member shared a few choice words for Rozay, who had previously name-dropped him on 2017’s Birdman diss “Idols Become Rivals.”

The MMG mogul got wind of Turk’s comments and explained that he was just trying to “keep his name alive” while Turk was locked up behind bars.

In the process of name-dropping Turk, Ross continued his long-standing feud with Stunna on the 2017 track when he dissed Birdman. “Knew that you would never visit B.G./ Turk came home, take that boy a three-piece,” he raps.

“Now, Turk, I don’t know you personally,” he began to set the record straight. “Your brother is the one who said you was a punk, personally. I spoke on your hustle and the work you put in, brother. That’s what I mention your name for, brother. Not letting the streets forget your name.

“I was really making that song based around my brother from 305 MI-Yayo and what he experienced with the n-gga Birdman. Not you, homie. I kept your name alive, n-gga.”

Rozay continued to invite Turk to his estate: “They said you did a bunch of things. I didn’t get into that. Now, you been out 10 years, you want to see Rozay, n-gga. You could come to the muthafuckin’ — say you fish behind The Promise Land. Pull up there, n-gga.

“I’ll tell ’em to let you in so you could some look at Rozay in the eyes, baby. In 10 years, you should’ve pulled up to one of the venues, baby. Come holla at Rozay.”

Turk was rubbed the wrong way by Ross name-dropping him on the track but not reaching out otherwise since his release. He even called Rozay “fat boy” but was ultimately complimentary of his rapping ability.

“Rick Ross ain’t reach out to me since I’ve been home,” Turk said. “I’ve been home since 2012 and I’m in Atlanta, n-gga … Matter of fact, I go hunting and fishing down your block. Holla at me, fat boy.”

Meanwhile, Rick Ross has added to his jewelry collection and laced himself with an iced-out watch from famed Hip Hop diamond man Jacob the Jeweler.

The Biggest Boss recently took a trip to Jacob & Co in Midtown Manhattan to meet with the legendary jeweler and purchased a one-of-a-kind piece fit for the Miami native.

“Ladies and gentlemen, we talking big money over here. Timepiece, biggest,” Ross said as he showed off the watch. “There’s only one designer that can create this — goes by the name of Jacob. Go do your homework.”

The watch is a Mystery Tourbillon, and it comes with 370 diamonds cut to measure according to their placement. The stones also move around a twin, triple-axis flying tourbillon.