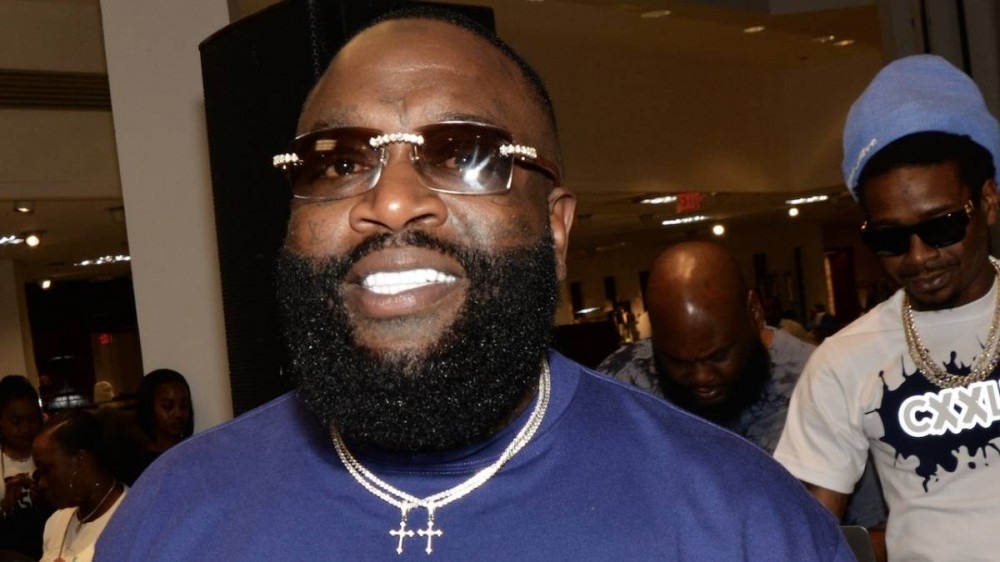 Fayetteville, GA – Rick Ross is arguably one of rap’s flashiest individuals, routinely treating his Instagram page as a mock version of Robin Leach’s Lifestyles of the Rich & Famous. On Saturday (May 21), the MMG capo decided to use his gargantuan Georgia estate as a lot for a full-on car show, prompting numerous rappers from across the country to show off their rides.

Dubbed the “Rick Ross Promise Land Car & Bike Show,” rappers such as Curren$y broke out their low riders and old school rides while others brought out monster trucks, luxury vehicles, motorcycles and more. Ross even brought out his personal vehicles, including a fleet of older model cars all with candy red paint.

It wasn’t only rappers basking in the fruit of their labor. According to Ross’ Instagram Story, several vendors and car aficionados were rewarded with iced-out jewelry as prizes for being best in show.

Ross’ first car show wasn’t only a showcase for his massive fleet of vehicles and the Promise Land mansion, which doubles as an estate and ranch. The expansive compound originally belonged to boxer Evander Holyfield before Ross purchased it and turned it into his personal Field of Dreams where he could stash a go-kart, camels, cows and more.

The good nature of Ross’ car collecting has also led to him trolling others in recent years. After Tory Lanez was accused of shooting Megan Thee Stallion in 2020, he promised to buy the rapper a smart car to match his stature. Instead of immediately following up with the purchase, Ross bought himself a new vehicle, a 1955 Chevrolet Suburban deemed the first-ever sports utility vehicle.

In April, Tory Lanez and Rick Ross were filmed together sipping Bellaire when Lanez proclaimed he finally received the smart car.