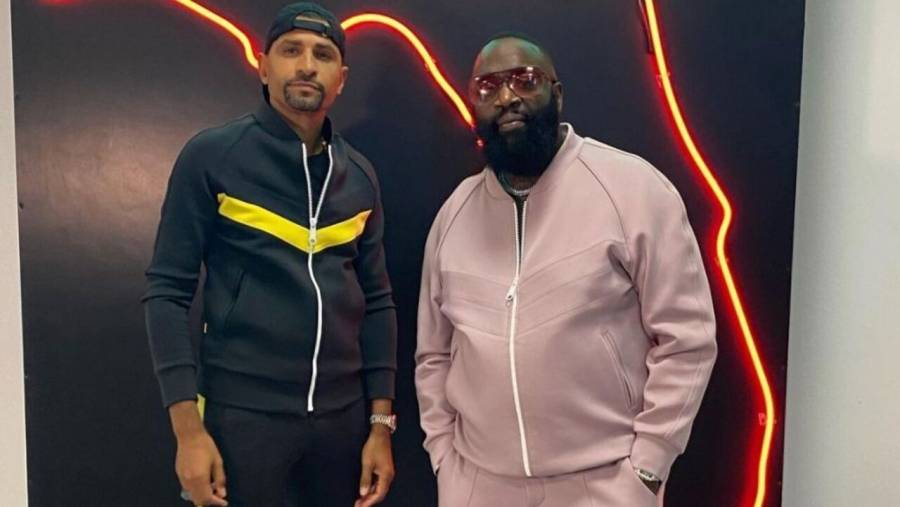 Los Angeles, CA – Rick Ross’ entrepreneurial moves are now leading him into the cutting edge field of digital healthcare. The Grammy-nominated rapper has been tapped as an advisor, investor and spokesperson for digital telehealth startup Jetdoc, according to WFMZ’s press release Monday (November 30).

Founded by healthcare entrepreneur Tommy Duncan, Jetdoc offers access to affordable virtual healthcare through a network of board-certified doctors, nurse-practitioners and physician assistants available to deliver instantaneous treatment. Rozay will star in creative digital campaigns and TV ads designed to market the coverage — which currently starts at $10 for an unlimited monthly subscription and $20 for one-time emergency virtual-car visits. Additionally, Jetdoc services include a complimentary DiscountRx card that gives members access to discounts on prescription medication for up to 85 percent off.

Ross has experienced numerous health scares including sleep deprivation and seizures which culminated in his 2018 hospitalization. In Jetdoc’s press release he spoke about his healthcare journey and explained his intentions with his partnership is to entice folks to take power in, ‘Managing our health.”

“As an active artist and businessman, I often don’t have time to see a doctor,” Ross states.

“I’d make excuses and prioritize my healthcare second to my hustle. Jetdoc is a convenient and affordable alternative to going into a doctor’s office. To me, it’s really the future of healthcare. I wanted to be a part of empowering people to take control of their health regardless of their circumstances. Jetdoc puts the power of managing our health into our own hands.”

He also appeared virtually on Good Morning America to further promote and divulged into depth the perilous fight he experienced with his personal health.

“The fact that I’ve had a seizure — And I’ve woke up from being unconscious on the toilet before. And I never even spoke on this before, but, I suffered from seizures for a long time.”

Though details of Rozay’s involvement with Jetdoc are just now emerging, he’s been exceedingly excited about the venture and expressed his optimism with the endeavor, along with his admiration for Duncan, in a lengthy Instagram post earlier this month.

“Tommy Duncan is an exceptional businessman. One we need. Jetdoc will have a HUGE IMPACT ON HEALTHCARE IN OUR COMMUNITIES NATIONWIDE and I’m excited being apart of something of this magnitude and level of importance. Jetdoc will be the answer for everyone in need of health insurance and provide a Dr. at the tip of your fingers which can be a lifesaver. Kasim Reed thank you once again for your behind the scene power plays you continue to execute. Let’s all follow Jetdoc and continue to Live life to the fullest as we ‘Boss up’,” he wrote.

The biggest boss continues to expand his impressive investment portfolio throughout 2020 despite the ongoing pandemic. Late last month, he purchased 87 acres of land in Georgia he dubbed, “Promise Land.”

Jetdoc is available on both Google Play and the Apple App Store and is currently servicing patients at a beta stage in Florida.