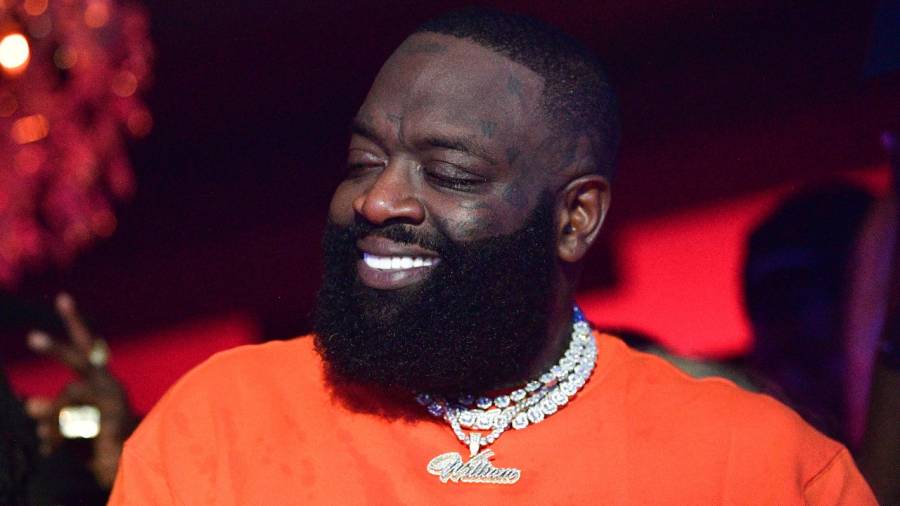 It’s not atypical for artists to experience fandom, but some fans take it to disturbing levels.

Case in point — Rick Ross was mid-performance over the weekend when a woman reached up to the Maybach Music Group founder with a ring in her hand and said the words, “I love you. Will you marry me?” Ross was clearly caught off guard and replied onstage, “Did she ask me to marry her?”

But the fan either didn’t do her homework or didn’t care about Rick Ross’ current relationship status. Ross has been dating Tanzanian model Hamisa Mobetto in recent months. During a September interview, Ross seemed enamored with Mobetto and praised her entrepreneurial spirit.

“I have to be honest, there is a connection, how much you wanna me to tell you about it?” he said. “I’m gonna leave that to her. So, I want you to make sure you do an interview with her. She is such a beautiful person, beautiful spirit and she is a huge entrepreneur and I want to help her take it to the next level.”

Just last week, Mobetto shared photos of herself in Dubai with Rick Ross. The two were posted up at a nightclub, dancing and flirting for the camera.

Ross has three children with his ex Briana Singleton, who gave birth to their last child in August 2020 amid a nasty legal battle between the couple. According to TMZ, Ross agreed to pay Singleton $11,000 a month in child support.

He also must pay for their children’s health insurance, any extracurricular expenses if they amount to more than $7,560 and additional annual payments of up to $3,000 per child.