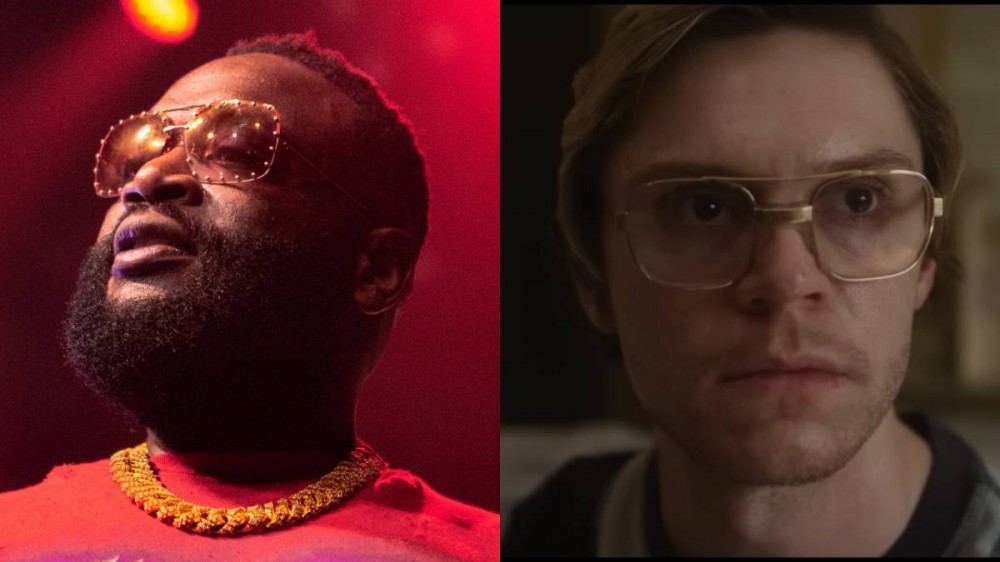 Rick Ross has requested that his fans help him locate a pair of sunglasses in a style similar to that of notorious American serial killer Jeffrey Dahmer’s.

Rozay took to Twitter with the request and seemed to have watched the new Netflix series Monster: The Jeffrey Dahmer Story, which follows the killing spree of the cannibalistic madman.

“Locate me a pair of Dahmer shades,” Rick Ross demanded in the since-deleted tweet (per XXL).

Ross’s interest in thin-brimmed style shades from the 1970s and ’80s spurred a bit of backlash from his fans, as the Netflix series has already been deemed by some as “glorifying” Dahmer’s crimes, since he specifically killed Black men and boys.

“This man targeted young black and brown men,” wrote one Twitter user. “Ross, you can do better than give light to a monster.”

“You are the same person who ‘put Molly all in her Champagne, she ain’t een know it. Took her home and had fun with that. She ain’t even know it.’ Idk why I’m surprised . Guess you ready for the next step huh,” the upset fan wrote.

However, other fans agreed that Dahmer’s choice of shades was a great style decision. “Facts, so I ain’t the only one,” another fan replied. “Fuck what he did. Them shades fire.”

Rick Ross fans shouldn’t worry about him, as the Teflon Don revealed on Wednesday (September 21) that he’s actually a superhero in disguise. Rozay posted a video on Instagram that showed him wearing a golden superhero mask embroidered with the logo of his Belaire sparkling wine brand. He said the mask would turn him into SuperZod, a noble superhero whose mission is to save partygoers from “wack parties.”

“Hey guys, I know I’ve saved a lot of wack parties,” he said. “I know a lot of people depend on me — promoters, private residences, etc. They wanna know who’s the man behind the mask. One thing I’ll never do is reveal my true identity. I’m here for one reason and one reason only: to save your wack parties.”

“The thing about it, I love getting tips. But I can feel a wack party, I can smell a wack party,” he added with a laugh. “They won’t exist!”

Ross attempted to keep the mystery of SuperZod’s identity alive by adding in his caption: “While I can appreciate his mission, I have no affiliation whatsoever with the masked figure known as SuperZod.”

Aside from saving lives and scouring the internet for new shades, Rick Ross is still hard at work on new music. The Florida native will soon appear on Freddie Gibbs’ new album $oul $old $eparately, which drops on Friday (September 30), on the song “Lobster Omelette.”