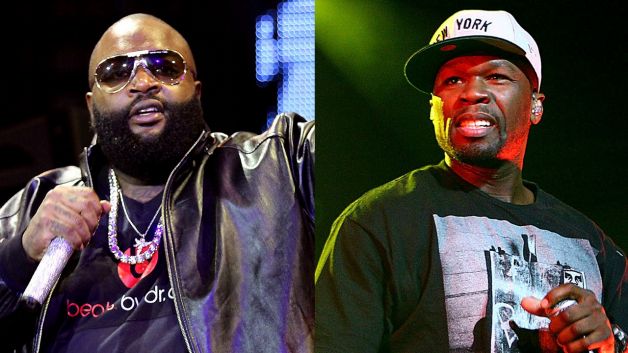 While Rick Ross might be trying to help Freddie Gibbs and Jeezy make amends, his longstanding feud with 50 Cent does not seem to be coming to an end any time soon.

During an interview with GQ for his new album Richer Than I’ve Ever Been, Ross took some shots at the Power and BMF creator. He admitted to watching the first episode of BMF out of support for Meech before saying he knew how much 50 made off of the entire season.

“Man, I saw the first [episode]. I was just trying to support the homie Meech, the n-ggas in the street. I could put [my issues with 50] to the side,” Ross said. “I know he may have made a quarter million off the whole season. I’m happy he made that quarter.

Ross was then asked if he would ever try out acting.  “There ain’t enough money in acting,” Ross replied. “Your man made $250K for the season doing that. That little season, STARZ TV shit. What channel is it really? … He should’ve just went REVOLT. Just go REVOLT next time. Tell Curtis I said, ‘Go REVOLT.’”

You can check out the full interview below.