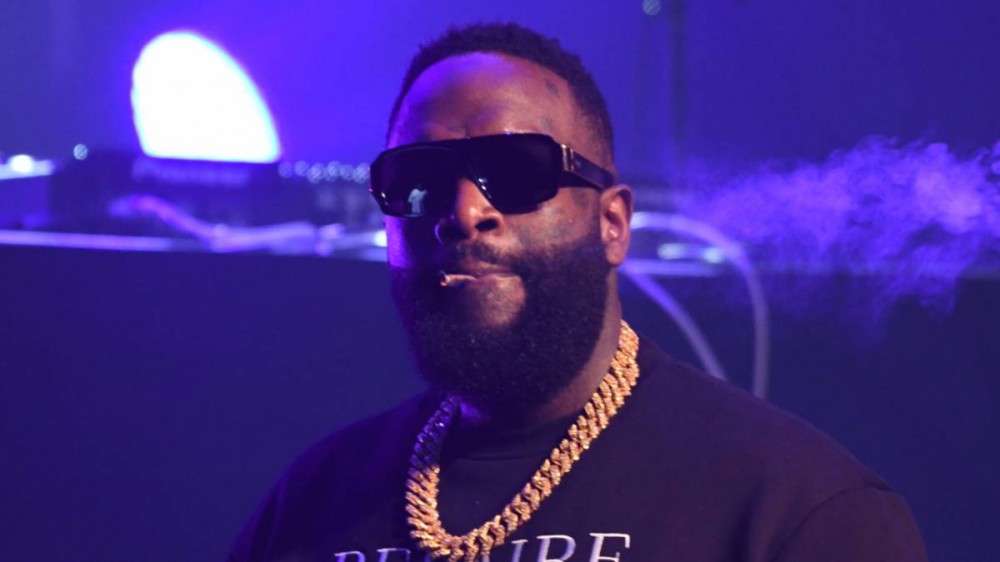 Miami, FL – The rollout for Rick Ross’s forthcoming album Richer Than I Ever Been  continues. On Tuesday (November 30), billboards started popping up around Miami that read, “Talkin Them Dollars How I Touch It Come Off As A Profit” and “Until You Seen Success You Considered Roguish.”

Two other billboards include the phrases, “I Wanna See My Dawgs On The Mountain Tops” and “They Callin’ It Pandemic When It’s Really Life.” The album release date of December 10 is also included at the bottom.

Rick Ross first announced the album was on its way in August 2020 after releasing the project’s first single “Pinned To The Cross” just days before.

Richer Than I’ve Ever Been marks the follow-up to 2019’s Port of Miami 2. The 15-track project debuted at No. 2 on the Billboard 200, selling over 80,000 total album-equivalent units in its first week.

Earlier this month, the Maybach Music Group founder was a guest at the Miami Heat game, where he revealed the release date for the album. The Miami Heat allowed Ross to use the team’s jumbotron to make the announcement while gifting him with the new Miami Heat City Edition jerseys for the 2021-2022 season.

“This album is special to me in many different ways, as a teen they don’t see the value of maturity and growth,” Ross said of the album’s impending arrival. “Imagine being 30 years old and being broke, but really life is just getting started. Everyday I’m able to breathe this delicious oxygen is really why I’m richer than I ever been, my 11th studio album… I’m excited.”

Big Bank was in the house last night for the #MiamiMashup debut. We appreciate you @RickRoss 🙏@MiamiHEAT // @ONESIR pic.twitter.com/T2J8yDYOjW