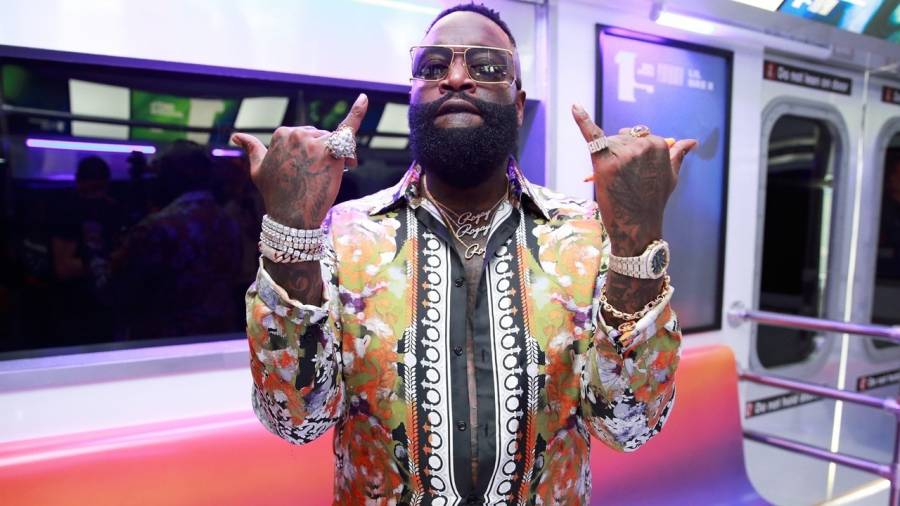 Rick Ross may want to drop his “Biggest Boss” moniker in favor of rebranding himself the “Biggest Negotiator” following the news of his million dollar bartering with a movie studio.

The rap mogul recently detailed the high-figure negotiation tactics he used to tax a movie studio for utilizing his 109-room Atlanta estate for filming. Though Ross didn’t directly mention the studio or film by name, he is presumably referring to Eddie Murphy’s Coming 2 America movie. The production is owned by Amazon Studios and Rozay revealed the film was shooting scenes at his home in an interview with HipHopDX last year.

During his interview with Undisputed host Shannon Sharpe for his Club Shay Shay podcast, Rozay shared how he sets the tone when doing business with any company or entity.

“When I go and sit down in meetings the first thing I let them know is what excites me!” Ross annunciates. “And, nine-times-out-of-ten it’s a dollar figure. We may be able to work something out but I gotta be clear and make it clear, ‘This is what excites Rozay.’ As soon as I say that number, its like a ‘Bah,’ go off and the confetti falls. Because don’t you want me excited!”

The Port Of Miami 2 rapper went on to describe the timeline of his dealings for the use of his mega-mansion and also inadvertently gave a crash course in the financial principle of interest.

“A lot of times, I don threw a number out there before, they moved a little slow and I went up on the number and they met me there,” Ross says. “I actually had a film, that was filmed at my estate, and I threw a number out there. I said, ‘This is a huge production this shouldn’t be that much. Hey, I understand what you guys need, that’s $2.5 M’s. Yeah, $2.5 million, yeah, most definitely, yeah that’s it.’ Ross continues with a smile and a careless cackle

In the grand scheme of things, the bag Rozay received for the use of his wildly massive crib is considerably small — because according to Variety, Paramount Pictures sold Murphy’s movie to Amazon Studios in a deal that was reportedly worth $125 million. Ross doesn’t appear to be sweating it though, as he recently bragged about charging a hefty $20,000 fee just for filming crews to come and scout his lavish pad that includes an entire bowling alley.

Rick Ross is set to appear in Coming 2 America alongside artists Davido, Teyana Taylor, Rotimi and many more.

Watch the official trailer below.