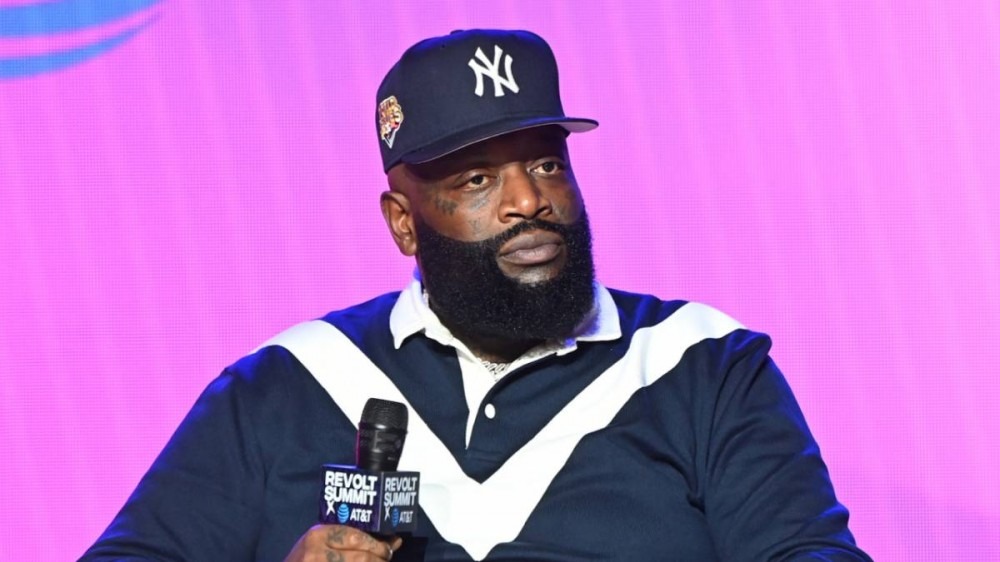 Hip Hop unfortunately doesn’t have the best relationship with the LGBTQ community. Homophobia has been rife, especially during the more aggressive and profanity-laced era of rap in the 1980s and 1990s.

However, there’s been a shift in recent years resulting in the LGBTQ community being represented in a better light in Hip Hop. Openly gay artists such as Lil Nas X, Young M.A and newcomer Saucy Santana are presenting their sexuality front and center with their music.

During a recent interview with Quentin Latham of FOX Soul, Rick Ross was asked about his thoughts on the relationship between Hip Hop and the LGBTQ community. According to Rozay, the culture accepts LBGTQ people with open arms.

“I believe Hip Hop has already embraced it,” he replied. “Without a doubt.”

Rick Ross was then asked about fellow Florida rapper Saucy Santana, who is best known for the hits “Walk Em Like a Dog” and “Material Girl.” Although he wasn’t familiar with his music, the MMG mogul encouraged the flamboyant rapper to continue chasing his dreams.

“I’m not familiar with the name Santana,” Ross said. “But live your life, chase your dreams and go hard, man. Go hard.”

Despite Rick Ross’ supportive stance, Lil Nas X doesn’t believe Hip Hop has shed its homophobia just yet. In an interview with XXL last year, the MONTERO hitmaker spoke candidly about his place in the culture as an LGBTQ artist.

“Honestly, I don’t feel as respected in Hip Hop or many music places in general,” he said. “But these are communities that I am a part of, whether people would like it or not. This is something that I wanted to do because, not that my entire album is rap, but there are rap tracks on my album. I am a rapper. I am a pop star. I am a gay artist. But it’s like, I belong in these places, you know?”