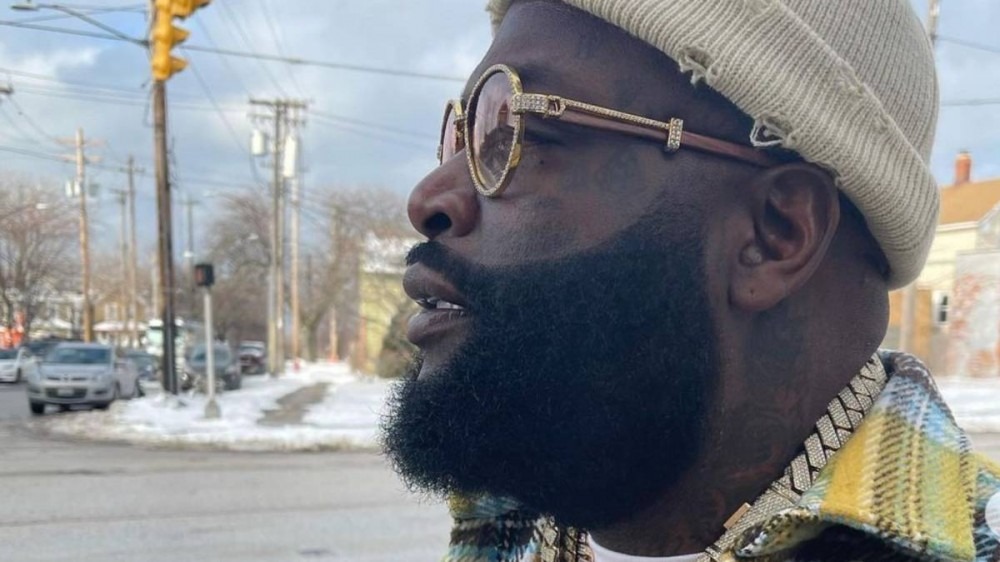 The Promised Land – Rick Ross is taking his farming aspirations seriously. After purchasing a cow to reside on his sprawling Atlanta estate, the Maybach Music Group is now trying to make room for his livestock. As he was seeking tree removal services recently, he discovered it was going to cost him $10,000 to cut down 10 trees from his property — and that wasn’t going to work for Rozay.

Wearing a cowboy hat and tie-dyed hoodie, Ross informed his 14.1 million Instagram followers he was going to do the hard labor himself, while hopefully rocking some Kanye West Yeezy boots in the process.

“I just told my homie, ‘You go to Home Depot and you go get me the biggest muthafuckin’ saw there is with a big chain, and you crank that muthafucka,” he says in the clip. “Imma cut the trees down.’ You heard me? The thing about business, I’m hands on so Imma handle my own.

In a follow-up Instagram Story, Rick Ross held a saw in hand while he cut down his own oak trees. Clearly proud of himself, he took the opportunity to plug his Wing Stop business, as he often does.

The 46-year-old mogul revealed he’d bought a 10-month-old cow on February 17. According to Rozay, it’s one step closer to having a full-fledged farm on his “Promise Land” estate.

“I’m ready for it right now,” he said. I’m happier than a muthafucka! This a dream come true for Rozay! You know what this is for a young boy from Carol City to have horses and now a big boy? … Welcome to the Promised Land, baby!”