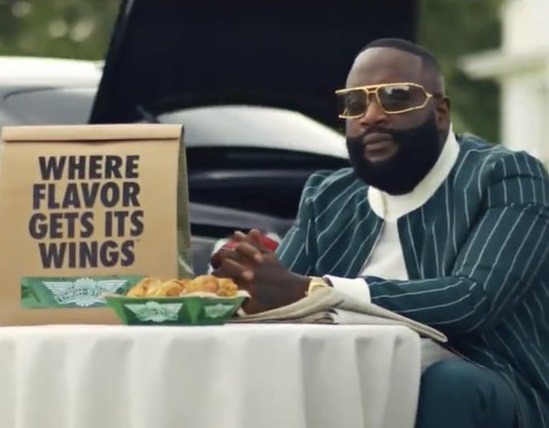 Rick Ross is the self proclaimed “biggest boss” due to his persona and multiple business endeavors, but it looks like the feds have caught up to him over multiple labor violations at his 5 Mississippi Wingstop locations.

According to Mississippi Today, the Department of Labor’s Wage and Hour Division has fined Ross and his family $114,427 for labor violations at his Wingstop locations. The article states that Ross and his family forced workers to illegally pay for uniforms, background checks and cash register shortages, and have apparently been deducting money from employees paychecks, leaving some employees with a take home pay of under the federally mandated $7.25/hr.

“Restaurant industry employees work hard, often for low wages, and many depend on every dollar earned to make ends meet,” Jackson’s Wage and Hour Division director, Audrey Hall, said in a statement. “The law prevents Boss Wing Enterprises LLC from shifting operating costs to workers … or to allow a worker’s pay to fall below the minimum wage rate.”

The DOL also found a 15 year old that worked until 10pm last June. Federal law states that persons under the age of 18 cannot work past 7pm.

Shortly after the news broke of the fine and violations, Wingstop put out a statement distancing themselves from Boss Wings.

“The restaurants investigated by the DOL are owned and operated by a franchisee, not Wingstop Restaurants Inc. Our franchise agreement requires all of our franchisees to operate under our operating standards, which requires compliance with all laws and regulations. We were not previously aware of the DOL action against Boss Wings LLC.”

Ross opened his first Wingstop location over 10 years ago and now owns 25 locations. In 2014 he said told Forbes that he first thought about opening a Wingstop shortly after his music career took off. Ross has previously said that his restaurants bring him about $7 million a year.