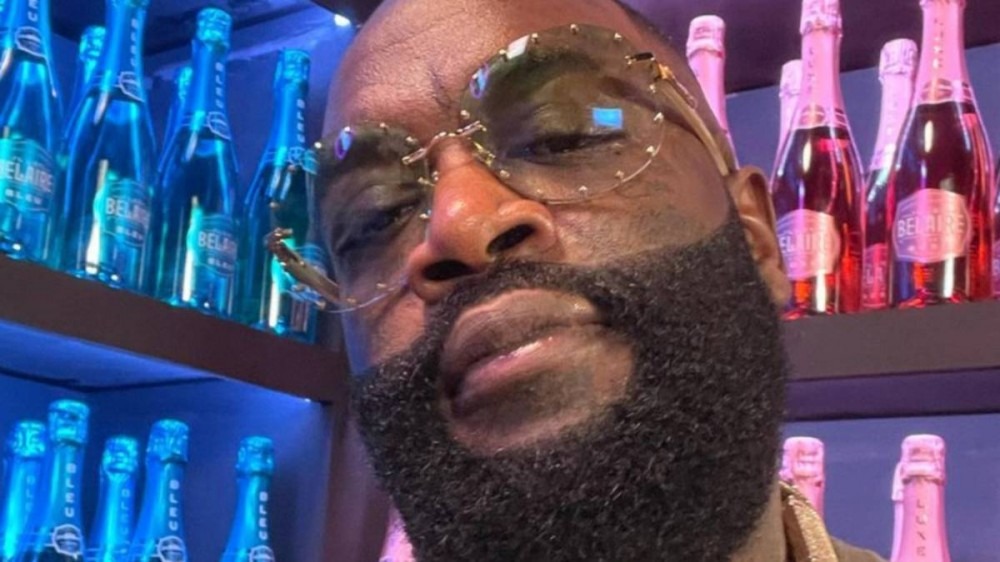 Atlanta, Georgia – As Rick Ross’ fleet of luxury cars continues to grow at his Atlanta estate The Promise Land, the Port Of Miami 2 rapper has announced major plans to showcase the “boss collection,” in the New Year.

In an Instagram post on Saturday (November 20), Rick Ross unveiled a clean and pristine 1955 Chevrolet Suburban in an eye-catching light baby blue hue, matching a group of Chevy’s Ross has hand-picked, which are all from the 50s.

While providing a quick video tour clip of the vehicle, Rozay also revealed his plans to put on his on car show next year, much like DJ Envy’s Carchella automotive show — only the 2022 Rick Ross 1st Annual Classic Car and Bike show will commence live from The Promise Land.

“The start of the SUV,” Ross wrote in the caption of the reveal video. 1955 @chevrolet Suburban just added to boss collection.
This was a must-have. Stay tuned as I post this priceless piece of Art in detail once I arrive back to the promise land. 2022 RICK ROSS 1st annual CLASSIC CAR & BIKE SHOW coming live from the ‘PROMISE LAND’ dates coming soon…? @barrett_jackson @jaylenosgarage @57freddy.

Back in May, Rick Ross got a chance to prove how big of a fan he was of 1950s Chevy’s during his appearance on former late-night TV legend Jay Leno’s YouTube series where he showcased his prized possession, his “57 Renzel built,” Bel-Air.

The Wingstop mogul also gave a closer glimpse of his matching Chevy coupes, and nearly 20 other fully-restored vintage cars in a video he posted on his IG story last July.

“We pulled some of the old schools out,” Rozay began in the clip. “All of these in my collection. We pulled a few out. Shout out to Freddy. You know it couldn’t happen without my nigga,” he said thanking his automotive restoration tech, Miami-based 57Freddy. Just pulled a few of mine out,” Ross continued as he paced the pavement panning the cars. “Not all the ones in Miami not all the ones in — just a few of em. We gotta motivate the hustlas. That’s what we gone do. Just a few of em. That’s all we did.”

As Rick Ross has become one of the biggest car collectors in Hip Hop, he has apparently lost count of the number of whips in his possession, according to a conversation he had with Guapdad 4000 at his Georgia mansion for the video shoot for the 1176 rapper’s “How Many (Remix)”,  when revealed he doesn’t even know how many cars he owns at this point.

However, after doing some reevaluation during his driver’s education earlier this summer, Rick Ross estimated he owns more than a hundred cars, of which likely includes the smart car he trolled Tory Lanez this past September.