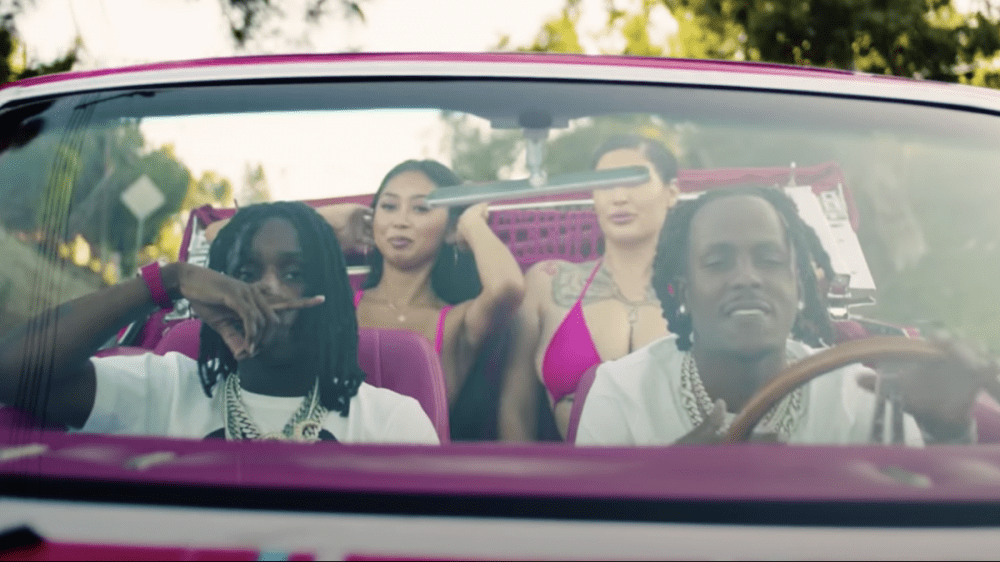 Rich The Kid enlisted Polo G to add another dimension to his luxe “Prada (Remix)” last week, and the duo returned for a swag fest marathon as part of the rework’s visual on Friday (September 3).

Directed by Gemini Vision, Rich The Kid hops behind the piano at a mansion with twerking women at his back and then heads for a joyride spin alongside Polo G riding shotgun in his pink convertible with the pair of girls in the backseat.

Polo G used the verse to test the waters as he prepares to head into his next era of music. The Chicago native took to Instagram to tease the Hall of Fame deluxe edition coming soon.

Polo G isn’t the only one in his family to “let that .40 go bang.” Polo’s mother, Stacia Mac, revealed she recently had to defend her Atlanta home from multiple armed intruders. After firing a few shots, the intruders ended up fleeing and her family remained safe and sound.

“I recently had an attempted break in at my home,” she revealed. “At least three men attempted to break in (you’ll hear the assailant on camera say ‘y’all ready?!’ ) In real time on my camera I witnessed as an intruder kicked in my basement door. While multiple intruders flocked to other entry points of my home. I began to open fire upon them.

“My family is safe, by God’s grace. In this situation you have only two choices; Fight or flight. I refused to be a victim in my home! I will not rest until I know WHO is responsible.”