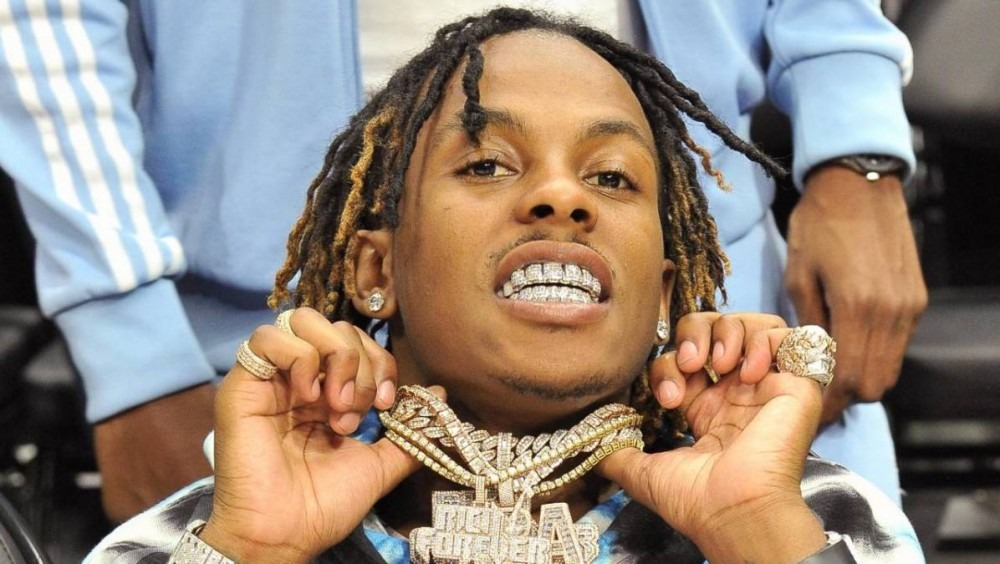 Atlanta has been one of the hubs of Hip Hop culture for over two decades, and it continues to be the pulse with all the talent that continues to come out of the city.

During halftime at Game 6 of the NBA Eastern Conference Finals, the Atlanta Hawks decided to have a playoff bracket of their own, pitting Atlanta rappers against each other.

In one of the matchups displayed on the jumbotron, Atlanta Hawks shooting guard Kevin Huerter picked Rich The Kid over the legendary Outkast. Although Hawk fans loved Kevin Huerter’s play throughout the 2021 playoffs, they made it loud and clear how they were not feeling his choice with all the boos they rained down upon him.

Huerter was dragged all over social media for his pick as the Hawks would end up losing Game 6 to the Milwaukee Bucks 118-107, eliminating them from the 2021 NBA Playoffs. Of course, people on social media were quick to blame Huerter’s decision for the Hawks’ loss but not Rich The Kid.

The “Plug Walk” rapper responded to Huerter and the Hawks pick with praise, thanking them for choosing him over a legendary group like Outkast.

“I saw they picked me over Outkast last night at the Hawks game,” Rich The Kid said in the clip. “I appreciate it. I’m very flattered, and I grew up on Outkast.”

Rich The Kid has achieved a lot of success in Hip Hop, but he’s far from reaching the heights Big Boi and Andre 3000 achieved in their 15-year career as a duo. It’ll take a while for Rich to get to the point where Outkast is at right now, giving fans a bit of nostalgia with their latest Airbnb listing.

Big Boi listed The Dungeon, the iconic basement in producer Rico Wade’s mother’s house, on Airbnb for $25 a night. Bookings opened on June 25, with Big Boi hosting three overnight stays at The Dungeon on June 29, July 1 and July 3.

“Atlanta is my home and I grew up with The Dungeon Family in this house,” Big Boi said in a release. “We would spend hours hanging out in the basement, writing rhymes and putting together beats. Since purchasing the home, I’ve been excited to open its doors and welcome the next generation of artists to the space that inspired countless songs.”