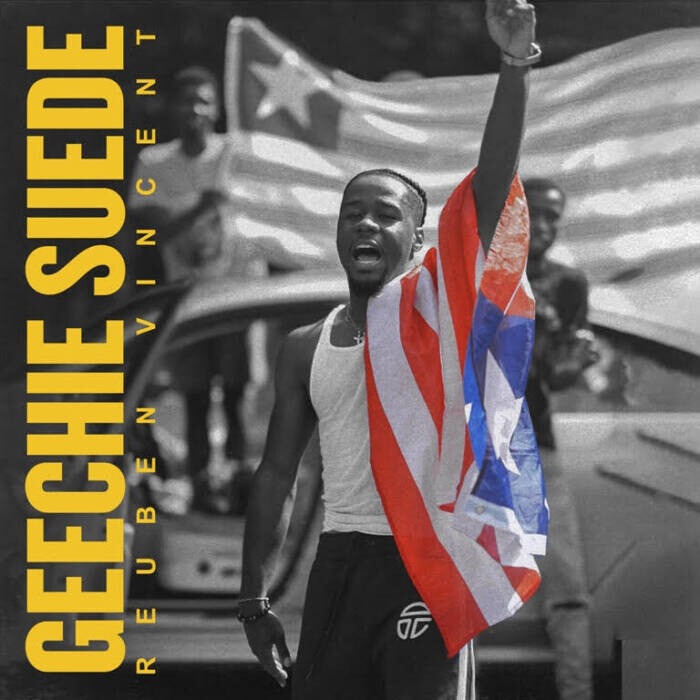 Reuben Vincent makes intellectual, socially aware, and lyrically dexterous rap that promises to firmly plant him in the conversation for being “next up.”

Though the Charlotte, NC-bred rapper & producer is only 21 years old, his buzz is already palpable, as he spent his high school years dividing his extracurricular hours between recording at home and trekking to 9th Wonder’s studio.  “I don’t have typical high-school memories, I was in the studio” Reuben recalls.  “Instead of going to prom, I went to meet Kendrick Lamar.”

Having already recorded records with his mentors 9th Wonder, and Rapsody, Reuben creates songs full of wisdom that extends well beyond someone still in his formative years.  His growing catalog displays as much, as he deftly pivots from incisive social commentary, mature introspection, and sharp, allusion-heavy wordplay.  The new Roc Nation signee knows where the form has been, and he’s pushing it forward with his own unique style and identity.

That unique form is readily apparent on Love Is War, Reuben’s first joint release with Roc Nation/Jamla Records.  Love Is War is a conceptual, yet subtly constructed project that will place him at the forefront of debates about the new rap greats.  Unpacking relationships and romantic entanglements over warm, soulful beats from 9th Wonder, Young Guru, The Soul Council, and his own production, whose collective work both modernizes and morphs boom-bap.  With polished and varied flows, Reuben weighs the time spent on love against the hours necessary to pursue his art and dreams.  “Instead of looking for love from others, I had to find the love within” Reuben asserts.

Now, after joining Pusha T on his It’s Almost Dry Tour, the rising North Carolina artist puts the industry on notice with his new single and video, “Geechie Suede,” verifying the undeniable importance of the South Coast is in good hands.  “Geechie Suede” is now available via Jamla/Roc Nation and was premiered by Complex.  “Geechie” is slang for descendants of West African slaves who retained their cultural, and linguistic culture and this is Southernplayalisticadillak music right here.  Straight Playa shit” Reuben explains.  “This is me and the guys riding around in the whip on the way to the party ready to pull all the vibes.  This is feel-good music.  Shout out to Camp Lo!”

While the accolades will surely come for Reuben, for now, he’s focused on being an example to his peers and especially representing first-generation Liberian Americans.  Conversely, Reuben wouldn’t be here with both love and war.  His parents fled Liberia during the country’s first civil war and settled in Charlotte; where they immersed him and his six younger siblings in West African culture at vibrant cookouts and house parties.  Afrobeat blared from the speakers, but Reuben fell in love with Hip-Hop while listening to 2Pac and B.I.G. in his Father’s Cadillac.  While friends played, got into mischief, or began their first steps down the wrong path, Reuben drew album covers and wrote rhymes.  The stresses of being a first-generation American only fueled his desire to succeed.  “Your parents sacrifice for you to have a better life, so there are expectations” he explains.  “While you’re trying to put on for your country, your ancestors, and your last name, there are all of these barriers; like racism and classism that you encounter as a Black person.  But first-generation kids are hustlers.  We’re going to get it regardless.”

Reuben is also an avid and obsessed student of sneaker culture, and he was recently chosen by the Turner Brothers to create the theme song and star in the branded content for A Ma Maniere’s collaborative AirShip Sneaker launch; which started airing nationally on 8-22-22.  “When Michael Jordan was a rookie, he wore the ‘Air Ship’ sneaker.  It was the first sneaker Nike gave him as he was beginning to prove his eventual greatness.  After his rookie season, they came out with the first edition Air Jordan which revolutionized the shoe industry” Vincent commented.  “The concept is relatable to anyone, as I’m also trying to prove my greatness.”

On record and in his everyday life, Reuben’s aim is to prove you can be brilliant without sacrificing your swagger.  After all, being a dedicated student of your craft and yourself is how you win the war!

Reuben Vincent’s Love Is War will be released this fall via Jamla/Roc Nation.