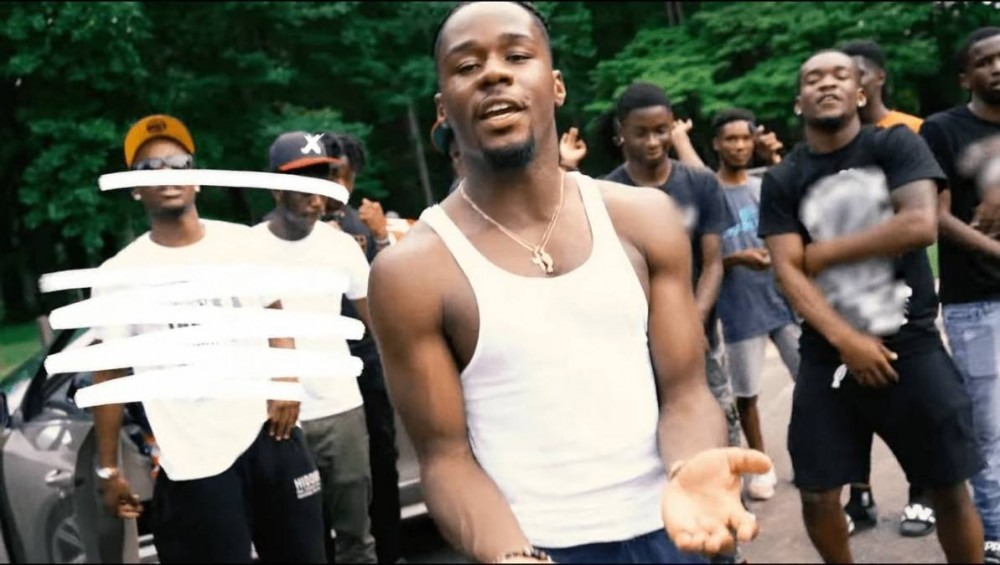 North Carolina rapper Reuben Vincent has dropped off the video for his new single “Geechie Suede,” which will appear on his Roc Nation debut this fall.

The latest single from the Roc Nation signee will appear on his forthcoming album Love Is War, and ahead of the track’s music video, Vincent shared a message to his followers and gave a shout-out to the rappers that inspired the track.

“‘Geechie’ is slang for descendants of West African slaves who retained their cultural, and linguistic culture and this is Southernplayalisticadillak music right here. Straight Playa shit” Reuben explained in a statement. “This is me and the guys riding around in the whip on the way to the party ready to pull all the vibes. This is feel good music. Shout out to Camp Lo!”

For those unaware, Camp Lo was a 1995 rap duo hailing from the Bronx, New York that was comprised of rappers Sonny Cheeba and Geechie Suede. It remains unclear if Geechie himself has seen Vincent’s shout-out.

The “Geechie Suede” music video is spliced with a montage that chronicles the young rapper’s rapid rise and includes clips of performances, radio interviews, and getting to meet his idols like Pusha T. Vincent is still only 21 years old, but his rise has happened fast because of his work ethic.

“I don’t have typical high-school memories, I was in the studio” Vincent recalled. “Instead of going to prom, I went to meet Kendrick Lamar.”

He continued, “Your parents sacrifice for you to have a better life, so there are expectations. While you’re trying to put on for your country, your ancestors, and your last name, there are all of these barriers; like racism and classism that you encounter as a Black person.  But first-generation kids are hustlers.  We’re going to get it regardless.”

The 21-year-old has had a wild 2022, and just wrapped up touring alongside Pusha for his It’s Almost Dry Tour. As his attention fully pivots to his debut, Vincent broke down what Love Is War means to him.

“Instead of looking for love from others, I had to find the love within,” Vincent said about the album title.

Watch the video for “Geechie Suede” below.