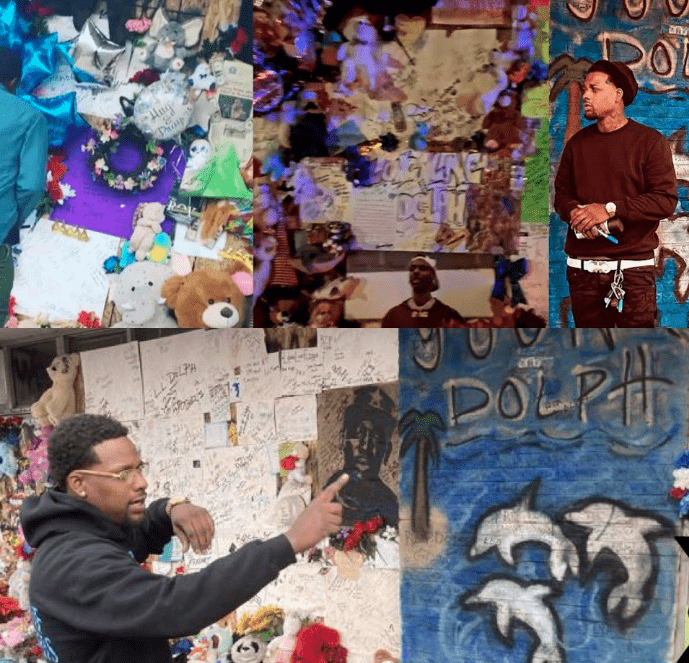 Young Dolph’s memorial at Makeda’s Cookies is scheduled to be taken down. In response, people have gathered asking for the memorial to remain untouched. Dolph was killed at the location in November 2021.

The owner of Makeda’s, Pamela Hill, reversed course on reopening the business, stating that she did not feel safe in doing so. According to ABC24-Memphis, the building’s owner then decided it was time to take down the memorial.

“I understand you have to lease it out and run a business,” community activist Frank Gotti said. “I understand it. It’s his building and nobody can argue with him on that. I appreciate him for keeping it up this long.”

Members of Paper Route Empire are planning to honor Dolph with a new memorial in Castalia Heights.

Previously, one of the men in charge of caring for the dead Memphis rapper Young Dolph’s memorial site was killed in Memphis.

Friends of Jeremiah Taylor are shocked by the needless death of the young guy who took on the task of keeping Young Dolph’s memorial in front of Makeda’s Cookies, the location of Dolph’s murder on November 17, clean and presentable.

“Jeremiah was a great person,” said Gotti. “He was so creative. He was so on point. He was helpful, he would help anybody.”

Taylor spoke to ABC News affiliate in Memphis ABC 24 about caretaking for the memorial, saying, “I want people around the world to know we care about Dolph. The love he had with people. A lot of people are realizing and now seeing the person that he always was. Taking care of his community, being a philanthropist, and really promoting financial independence. [It’s] a moral that he taught.”