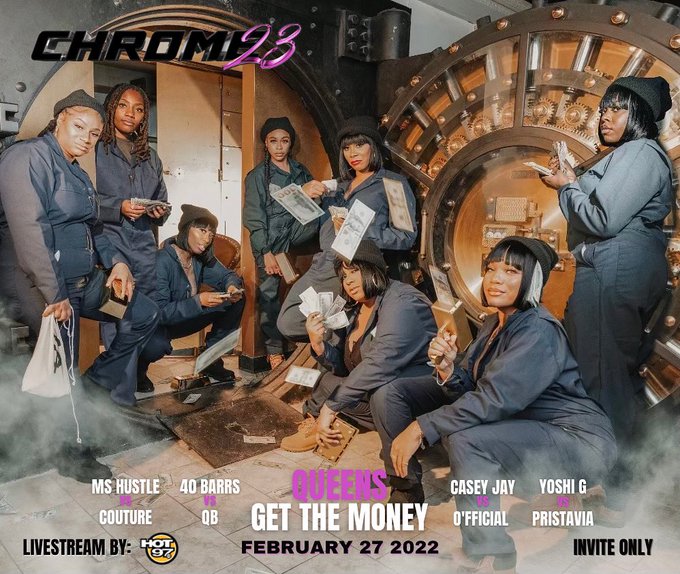 She took it to social media to break the news. On Twitter, she rejoiced about her women’s rap battle league. She also revealed that even though it will be an invite-only event, the show will be available for streaming.

The first event will be called “Queens Get The Money” and will be streamed on New York’s famous hip-hop radio station, Hot 97. Along with dropping a creative trailer for the show, she dropped artwork revealing the names of the females battling.

Ms. Hustle will take on Couture. 40 B.A.R.R.S. is going against QB. Casey Jay and Official will go bar-for-bar, and Yoshi G will face off against Pristavia.

“Hip Hop. It has always been a male-dominated industry,” she said in an Instagram video. “Not anymore. In 2022, women practically run Hip Hop, both in front and behind the scenes. “There’s a different breed of female rapper that is about to take over the world.”

Remy added in her caption that Chrome 23 will be a game-changer.

“Female Rap will never be the same!” she wrote in the caption to the trailer. “@ChromeTwenty3 my all-female Battle Rap League [fire emoji] The first card event will be on Sunday, February 27th- invite only- but available for Live Stream viewing -it’s only right I take it back to where I started at!!! You don’t wanna miss this! Sidebar: I’m sooooo hyped!! Double Sidebar: This trailer look like a [fire emoji] movie!!!!!”

The rap battle scene is currently reviving in hip-hop and Remy is making sure that women rapping will be recognized.