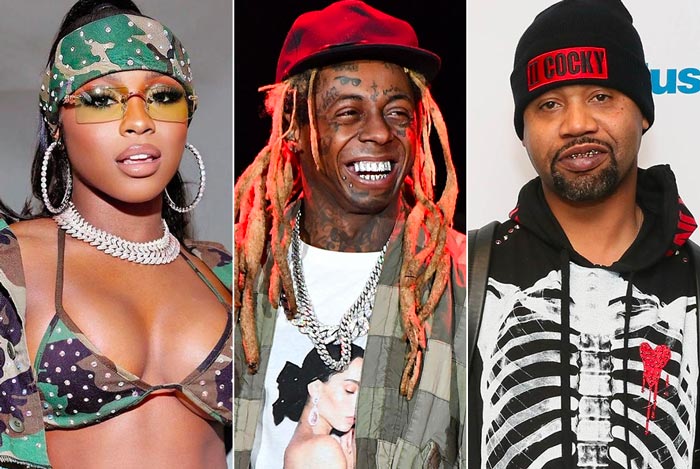 Reginae Carter took it back to the ’99 and the 2000 while celebrating her birthday.

Lil Wayne’s daughter went all out for her 22nd birthday bash in Atlanta on Sunday (Nov. 29). The lavish party, hosted by her on-again boyfriend YFN Lucci, featured a throwback theme that paid homage to late ’90s/early 2000s hip-hop, the era in which she grew up.

For the invites, Reginae recreated the artwork for album covers including Foxy Brown’s Broken Silence and Eve’s Scorpion, as well as the Hot Boys’ Guerrilla Warfare and her dad’s own debut Tha Block Is Hot.

Mannie Fresh provided the throwback soundtrack and Reginae’s father entertained the crowd with old and new hits as his daughter sang along to every word. 2 Chainz serenaded the birthday girl, while Juvenile reunited with Weezy to perform their Hot Boys collaboration “We on Fire.”

At one point in the evening, Wayne presented his daughter with a diamond-covered Cartier watch. “Fourteen, 15, I had this beautiful princess right here,” he told the mostly maskless crowd. “She taught me how to be a man and everything about life. This is the motherfu**in’ most ultimate blessing in the world, Reginae Carter.”

Guests included Reginae’s mother Toya, as well as Tiny, Zonnique, and Kandi Burruss, who dressed for the occasion in a Lil’ Kim-inspired outfit.

While reflecting on the big night, Reginae thanked Lucci. “Last night was mad real !! Thanks to my boyfriend for throwing me this amazing party !” she wrote. “Thanks to my parents for the juvenile and Mannie connect (legendary ) and I wanna thank everybody who came and partied with me ! Y’all some real ones.”