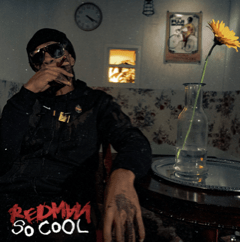 Releasing his first visual “So Cool” off of his highly anticipated album Muddy Waters 2, Hip Hop legend Redman is offering music lovers a sneak peak to his forthcoming project which is slated to drop later this year.

The Grammy Award-nominated rapper, actor and producer is back to showcase his raw rhymes and playfulness while further solidifying his musical legacy.

Redman prepares his comeback and the release of his 9th studio album via Riveting Music.

Fans of  his 1996 Muddy Waters will be reminiscing on the 90’s while catching panoramic views of “America’s Playground,” Atlantic City in the Azzie Scott directed monster truck themed video.