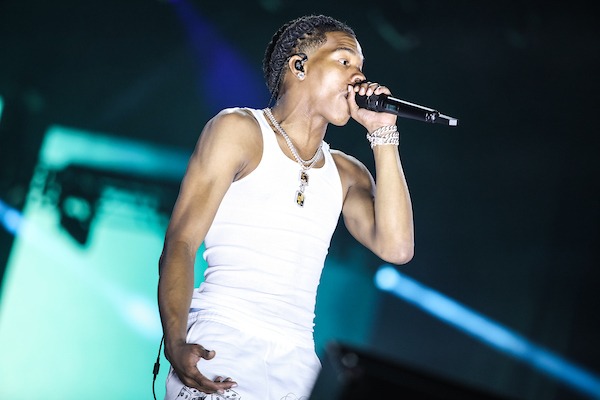 This past weekend, Chicago was the epicenter of Hip-Hop with Summer Smash. Lyrical Lemonade’s Summer Smash returned to the city’s Douglass Park and put on a three-day set with some of the elite names in Hip-Hop.

Chicago was also well represented in the festival bringing in the city’s acts in Baha Bank$, Joey Purp, Queen Key, Supa Bwe, and a tribute to Juice WLRD.

What better way to close an opening night of a festival than having a performance from A$AP Rocky? The New York star hit the stage to close out Friday night, with a t-shirt wrapped around his head as he went through his legendary discography to the delight of fans.

What better way to close an opening night of a festival than having a performance from A$AP Rocky? The New York star hit the stage to close out Friday night, with a t-shirt wrapped around his head as he went through his legendary discography to the delight of fans. Giving more of a treat, Rocky would perform eight unreleased singles for fans, signing that new music is soon on the way.

Before hitting the main stage, Latto hit the stage to show who is the queen of the south, and Swae Lee turned up the crowd to a slew of hits from his personal and Rae Sreummurd’s catalog.

Summer Smash was able to outlast rain on Saturday, which prompted a brief evacuation. After early afternoon sets, the show continued on Saturday, packing Douglass Park with Hip-Hop fans galore.

The Saturday set brought City Girls’ JT and Yung Miami to the stage in their full twerking glory, Blueface who lit up the crowd, and young Coi Leray bringing her energy to the stage and receiving a more favorable response than that of past festivals.

The Saturday show ended with Lil Baby performing on the main stage, running through hits from his young career. Fans rapped along to “On Me,” “Every Chance I Get,” and numerous collaborations ranging from Lil Durk to Drake to 42 Dugg.

The final day of Lyrical Lemonade carried over the energy of the first two. The festival was closed by Lil Uzi Vert, who brought a dazzling purple hue to the stage as he ran through hits like “Money Longer” and “XO Tour Llife 3” while dabbling in his latest bangers.

Benny the Butcher was also on hand to run through his collection of hits from the Buden of Proof and Plugs I Met offerings while also debuting a new Drake verse.

However, the biggest surprise was the secret Chicago set that brought both Chance the Rapper and Lil Durk to an unsuspecting hometown audience. For Durk, it was the first time he performed in Chicago’s city limits in years.

You can catch video from all of the weekend’s happenings below.