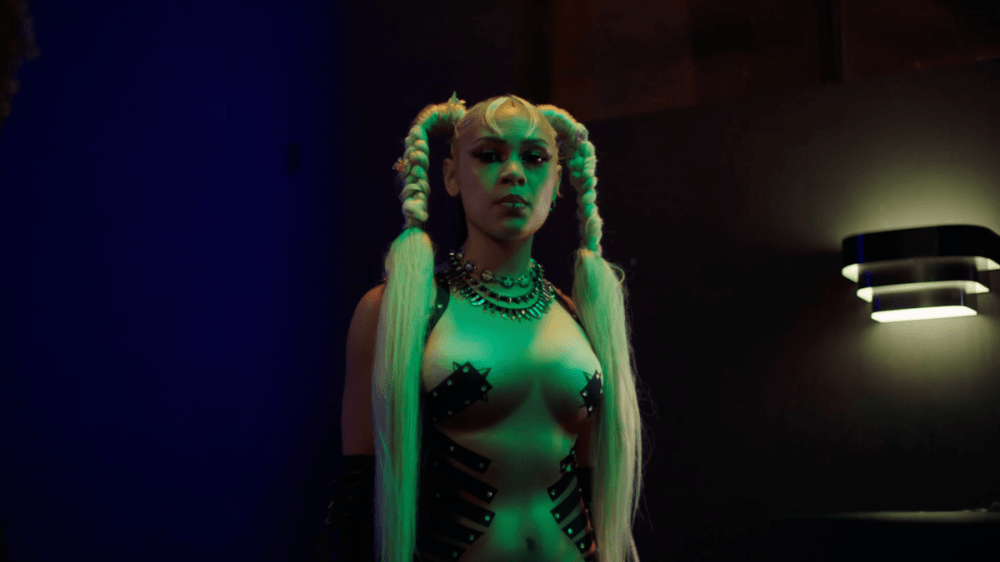 Warner Records’ latest breakout singer IV4 has released her new EP Get Rich and Cry Trying, which features a guest appearance from Jeremih.

IV4’s 8-track EP is paying loose homage to 50 Cent’s classic masterpiece Get Rich Or Die Tryin’ in its title, but the new EP is devoid of rap and instead features a handful of glossy R&B tracks from the L.A. crooner. IV4’s latest project was teased throughout 2021 as she released the singles “Work 2 Hard” and “Swimming” featuring Trippie Redd. She also recently signed with The Wasted Youth prior to the EP’s release, which is the imprint of Quality Control rapper Jordan Hollywood.

When asked about her favorite track on the project, IV4 said Get Rich and Cry Trying’s seventh track “Bloom” spoke to her creativity.

“Bloom speaks to who I am as a new artist, a creative and how I feel about dropping my first project,” IV said in a press release. “‘Bloom’ is an ode to ‘ Get Rich and Cry Trying.”

In addition to releasing her new EP, IV4 also dropped the video to her single “Can’t Find Love In LA.” The Austin McCracken directed-visual finds IV4 cruising around the late-night streets of Los Angeles, taking in a local strip club before drawing a massive blade and engaging in a cinematic fight against the club’s bouncers, all while singing about the power of physical affection.

The new video comes after she previously dropped the visual for her Jeremih-assisted single “Bloom” last November, which was also directed by Austin McCracken.

Check out the video for “Can’t Find Love In LA” above, and peep IV4’s Get Rich and Cry Trying EP below.