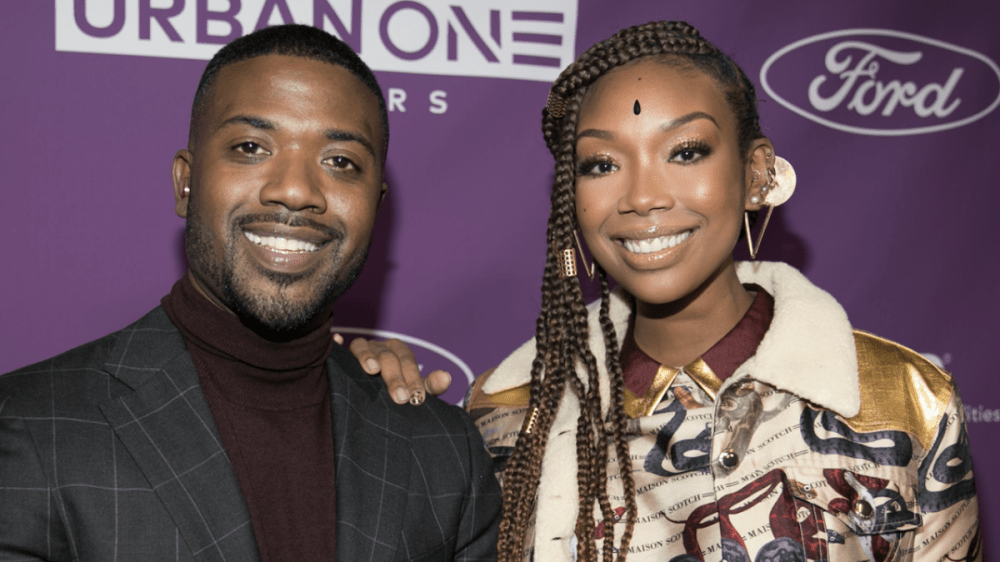 Earlier in July, Ray J showed his appreciation for his sister Brandy by inking a portrait of her on his leg as a thank you for helping him break through and navigate the music industry.

Designed by famous NYC-based tattoo artist Alex “Mashkow” Mashkov, Ray J was happy with the finished product, but TMZ caught up with the “Sexy Can I” singer at LAX on Thursday (July 14) and he revealed that Brandy wasn’t too enthused with the artwork.

“It’s my leg and my sister,” he said. “She was a little uneasy about it, but if you check out Mashkow’s page, he’s one of the dopest tattoo artists. And it’s hard to get him to tat you, he’s booked for like two years. I like the tattoo.”

Ray J also revealed he didn’t have full creative control over the tattoo as Mashkow added diabolical features to Brandy’s eyes, which is his part of his signature style.

“That’s his style. I can’t tell an artist not to put his signature on it,” he added. “I love my sister and that was just a symbol of me saying, ‘Thank you for putting me in.’ If it wasn’t for her, I wouldn’t be here. I’m humbled just to have her help me.”

Why did Ray J do this to Brandy face as a tattoo idea? 😩 pic.twitter.com/6Dc7NGpve9

Brandy has yet to speak about the tattoo publicly, but she did hop into Ray J’s Instagram comments section under a post of him getting the ink on July 5. “Brooooooo,” she wrote along with several heart emojis.

Ray J isn’t impacted by the haters’ thoughts and even though his sister didn’t like the tattoo, he admitted it’s growing on him as he just wanted to spread some love.

“Love kills hate,” he concluded. “I love my sister. She didn’t like the tattoo either. It’s growing on me. When you see my whole leg, you’ll understand.”