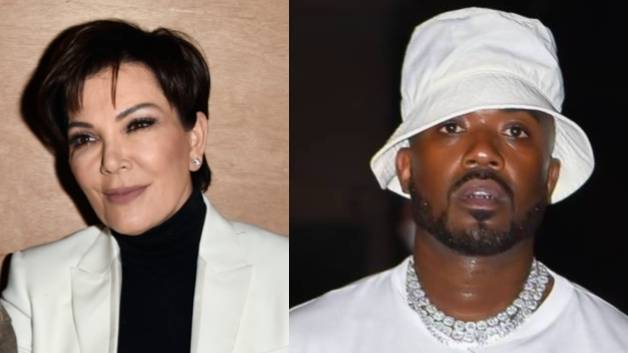 Ray J has accused Kardashian-Jenner matriarch Kris Jenner of getting him blocked from using Instagram Live. In the wee hours of Wednesday (September 21), the All I Feel singer shared a video detailing the allegations.

“I’m tryna go Live on my shit. They blocked me on Live,” he said. “Instagram said I was talking too much shit. I wasn’t following the guidelines, cause I was telling the truth?

“Kris Jenner, you working 24 hours to try to stop me, huh? Y’all don’t want to respond to what I said, but ya’ll want to get me blocked from all the sites. You can’t silence the truth.”

Ray J has been on a tear in recent months regarding his infamous sex tape with Kim Kardashian. The former couple filmed the video in 2007 and reportedly made millions, but Ray J said there was a lot more going on behind the scenes that have been kept quiet.

In fact, he claimed Jenner orchestrated the entire sale of the tape with adult entertainment company Vivid.

On September 10, he addressed the topic for several hours on Instagram Live, which included exposing several private messages between himself, Kardashian and her ex-husband Kanye West.

In a DM to Kardashian from April, Ray J wrote in all caps: “WHY ARE YOU PLAYING CAMES KIM – IVE BEEN NOTHING BUT A TEAM PLAYER – WE ALL HAD AN AGREEMENT – NOW YOU ARE TRYING TO DRAG MY NAME FOR YOUR NEW SHOW AND THAT AIN’T KOOL! IT FUCKS UP MY BUSINESS AND RELATIONSHIPS.

“WHEN WE SAT DOWN WITH STEVE HIRSH AND YOUR MOM AND WE PLANNED ALL OF THIS TOGETHER NOW YOU REALLY ARE TAKING THIS LIKE TO THE NEXT LEVEL AND MAKING ME LOOK KRAZY. I DONT WANT TO EXPOSE THE REAL SHIT THAT WE DID BUT YOU ARE LEAVING ME NO CHOICE!”

He added: “YOU KNOW WHAT WE DID! YOUR MOM CONTROLLED THIS WHOLE SEX TAPE DEAL WITH JOE FRANCIS AND STEVE HIRCH – IT WAS HER IDEA TO PUT OUT THE TAPE WITH VIVID – ALL I DID WAS AGREE.”

That was only the beginning. Ray J also blasted Jenner for taking a lie detector test on The Late Late Show with James Corden in which she allegedly passed with flying colors after she was asked if she had anything to do with the sex tape leak. He also referred to the famous family as the “Kartrashians.”

“THIS IS THE GUY THEY HAD GIVE KRIS JANKY THE LIE DETECTOR TEST — THE NETWORK SHOULD BE ASHAMED AND YOU SHOULD TOO @j_corden — ALL YALL GETTING SUED FOR PLAYING WITH THE TRUTH!” he wrote.

“YOU ALL ARE IN TROUBLE!! THE KARTRASHIANS FUCKED YOU TOO!! Bc YOU REALLY THOUGHT THEY WERE TELLING THE TRUTH!! — BUT all OF IT IS A SHIT SHOW!! — WATCH ME EXPOSE THEM – SLOWLY AND FAST!!”