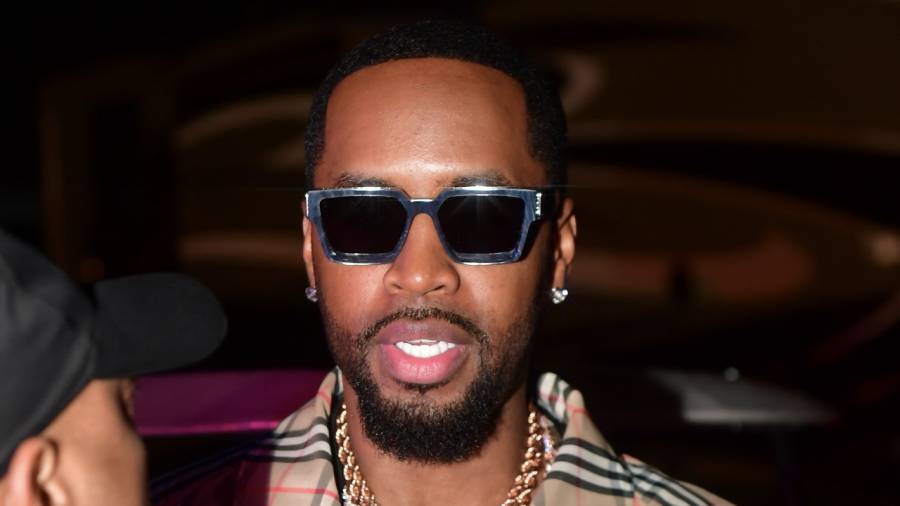 It appears Safaree may have been involved in an ongoing scam of sorts that has established acts soliciting money from upcoming artists for playlist and mixtape placement.

An alleged victim of the Love & Hip Hop star’s called into The Breakfast Club on Power 105.1 on Thursday (February 11), and told hosts Charlamagne Tha God, Angela Yee and DJ Envy that he got played through DMing with Safaree on his verified Instagram account.

“He hit me up first actually on Instagram,” the caller explained. “He was like, ‘Yo, your track is hot.’ He told me that he could do a little promo for me, throw my track on the Spotify playlist for me and all that for $1000. So I paid him and weeks and months go by so I’m hitting him up. He said, ‘Oh, I forgot you on this tape so I got you on the next project.’ It was supposed to drop in November. So after November, he completely stopped responding and he basically got me out $1000.”

DJ Envy then went on to detail a fraudulent promo company that’s been working with established artists in recent months, explaining that the caller likely dealt with them. Detailed in a Medium piece by Amanda Mester in October, a company named DaBlock365 has been striking deals with reputable artists to host playlists and solicit upcoming artists through their verified accounts. Once DaBlock365 had access to the artists’ DMs, they’d message upcoming acts and solicit hundreds of dollars for a playlist placement while also showering them with praise.

While the playlists would usually materialize, they’d do nothing for the artist by way of promo because it’d be through DaBlock365’s Spotify and SoundCloud pages where they didn’t have many followers, and the established artist hosting would only promote it once or twice. On average, songs got about 60 plays each. Acts that have been involved include Redman, Fat Joe, Bow Wow, Jadakiss, The Game and more.

Envy added that the payments would usually be split in two – to both the artist and a promo company – and the caller verified his payment went the same way.