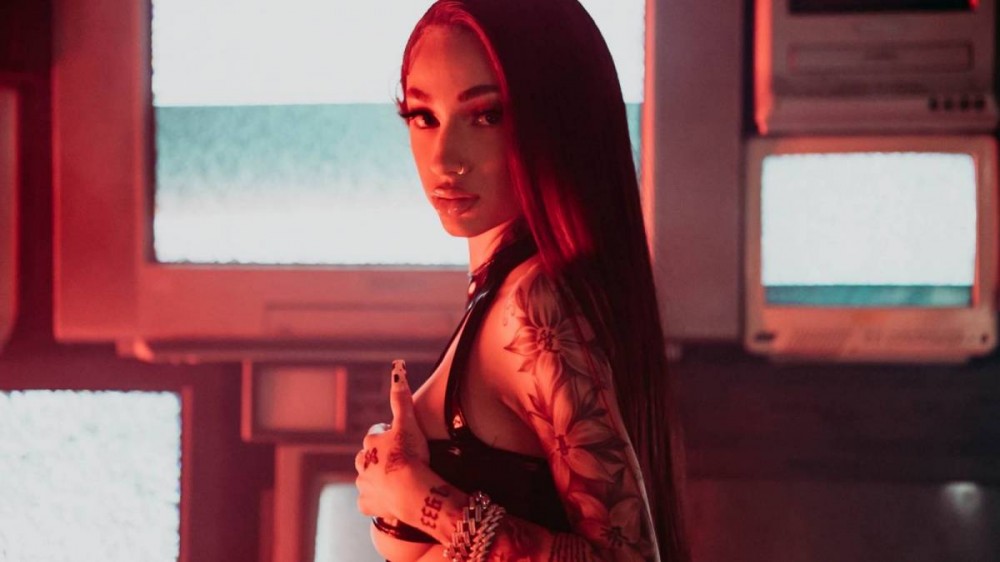 Exclusive – Rapper Bhad Bhabie (real name Danielle Bregoli) never wanted to be the “Cash Me Ousside” girl, but it happened.

Thanks to the viral meme following her infamous 2016 appearance on The Dr. Phil Show, the 18-year-old Floridian was thrust into the limelight and handed opportunities previously thought to be impossible, including a deal with Atlantic Records.

In 2017, Bhad Bhabie signed the dotted line with the label giant and released her debut single and video, “These Heux,” which has racked up over 91 million YouTube views to date. To everyone’s surprise, the song landed on the Billboard Hot 100. In the process, she became the youngest female rapper ever to hit that goal post.

The following year, Bhad Bhabie dropped her first mixtape called 15, spawning another Billboard Hot 100 hit, “Hi Bich.” From the outside looking in, it appeared Bhabie was on her way to rap superstardom.

But during a recent interview with HipHopDX, Bhad Bhabie was asked if the Atlantic Records experience was what she imagined it to be and she replied, “No, not at all. I never thought I would have multiple platinum and gold singles and the success I did.

“But I also never thought I would not get the support I could have got after that kind of success either. So it kind of started out good and ended shitty. At least I’m not stuck in a deal anymore that I can’t get out of.”

Bhad Bhabie has done a lot of growing up in the last few years. In June 2020, she checked herself in a 31-day rehab facility to treat her childhood trauma and an addiction to prescription medication before bouncing back with the single and subsequent video, “Do It Like Me,” four months later.

She’ll be the first one to admit she had to grow up too fast, but she’s confident it’s nothing she can’t handle.

“I do feel like that, but what can you do?” she says. “I’ve always been very mature and hung out with people a few years older than me. I fit in better with them. I learned a lot and in the past few years, so I’m honestly proud of myself for how things turned out.”

Bhad Bhabie officially split with Warner Music Group earlier this year and launched her own independent record label dubbed BHAD Music. Her new video, “Miss Understood,” arrived last month and is the perfect testament to her grown-up persona. Her overtly sexualized image attracts both criticism and praise, but she makes no apologies for who she is.

“People think I’m literally like Satan or some shit,” she says. “It’s wild. I’m just someone that took a crazy situation and made something out of it. Like what would you have done?”

Bhad Bhabie unveiled a new look via Instagram on Monday (October 4) that found her long, curly red hair replaced by brown, highlighted waves. Holding an arm full of Chanel bags, she poked fun at herself as part of a new TikTok trend.

“Golly gee, I sure do look like the disappointment of the family, but isn’t it funny how I make the most fuckin’ money?” she says. “Sit down. Don’t fucking look at me like that. And next time you wanna open your mouth, shut it.”

But again, Bhad Bhabie is only looking ahead, saying, “I’m excited for this new era that’s starting because people will see me more. So much more new and hot music is dropping soon, so be ready for more Bhabie.”

(Full disclosure: HipHopDX is a Warner Music Group subsidiary as is Atlantic Records.)