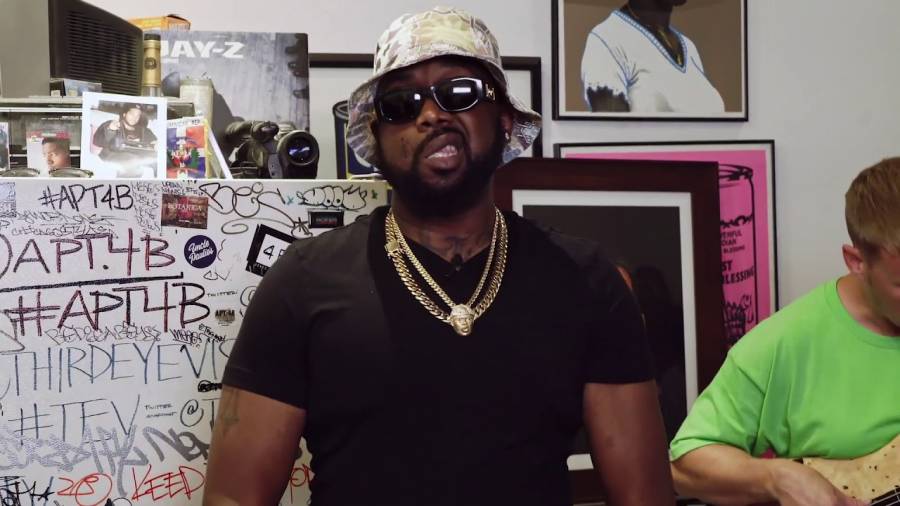 Spotify’s RapCaviar went to the vault to unleash a hard-hitting Conway The Machine freestyle over the instrumental to Shyne’s 2000 single “Bad Boyz” earlier this week. The gritty clip finds a neophyte Conway prior to his 2012 shooting which left him with Bell’s Palsy, so our best guess it took place sometime in the mid-2000s when he was just a relatively unknown rapper.

The Buffalo native lays down a different flow than the usual mush-mouthed rhyming and cadence were used to from the Griselda rapper.

“Set alarms off when I pass traffic and traffic pass/I had a tragic past, yeah I was a bastard that left/But that’s another story, dog/I let them chapters pass/I had my pen and pad, just me and my pad and pen/I could spit it straight at you or I could spit it backwards then,” he raps in a black shirt and matching Cincinnati Reds fitted cap.

During an interview with The Athletic released on December 23, Conway opened up about how the March 2012 night where he was shot in the neck and head changed his life. As a result of the nearly fatal encounter, the right side of the 38-year-old’s face is paralyzed as he was diagnosed with Bell’s Palsy.

“I don’t feel like I’m disfigured or none of that, but when you gotta look at yourself in the mirror and you know that you don’t look the same or your kids gotta see you don’t look the same and your momma gotta see you like that, it definitely takes a toll and it’s like a war in your mind,” he candidly admitted. “In my mind it was like, ‘Man, I don’t even want people to see me like this.’

Conway continued, “The mental part of it was harder than the physical. I had to re-calibrate. I had to strengthen my mind before I could strengthen my body. I lost it for a minute. Mentally I just wasn’t in a good space.”

The Roc Nation artist also released the deluxe version of his 2020 From King To A GOD album on December 18.