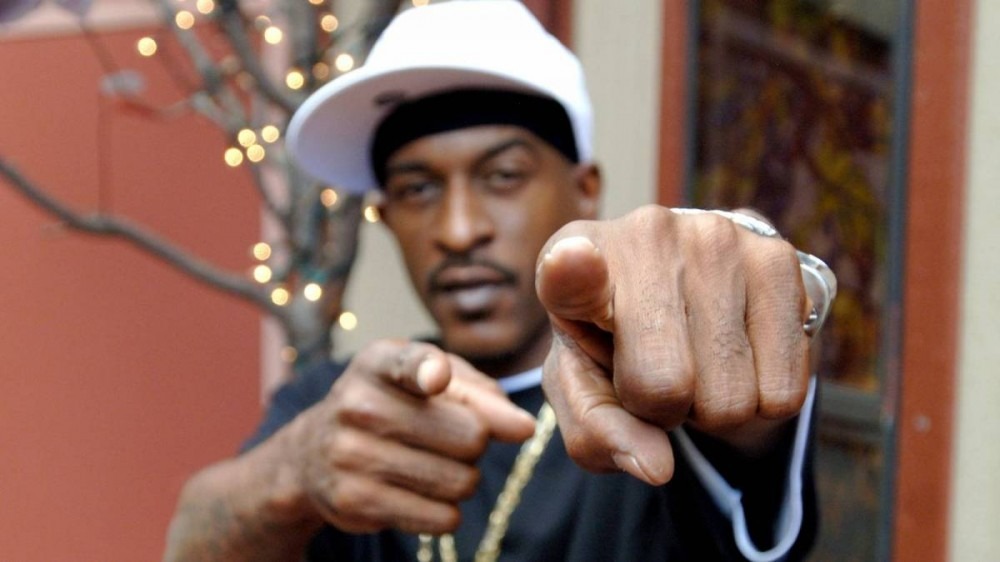 For any true Hip Hop head, Rakim doesn’t need an introduction but just in case, here’s one anyway. Born in Wyandanch, New York in 1968, the now 53-year-old MC rose to rap infamy alongside Eric B. with classic albums such as Paid In Full and Follow The Leader. Due to his tricky, technical rhyming style and lethal pen game, Rakim is widely considered one of the best MCs to ever walk the planet.

During a recent trip to Houston, Rakim sat down with The Chron to talk about his legendary career and hopes for the future of Hip Hop.

“Because music is supposed to dictate what goes on in the street, at this point, I think by pushing on and taking it to the next level, I think that helps advance what goes on in society,” he said. “I’m hoping that as time goes on, music matures, Hip Hop matures as well so I’m definitely looking for that brother that comes and sparks the next direction of Hip Hop.”

Rakim may come from a different era, but that doesn’t mean he isn’t paying attention to what’s current. Elsewhere in the interview, he noted he was always checking for the latest music from Kendrick Lamar, J. Cole, Hit-Boy and even 2020 HipHopDX Rapper of the Year Lil Baby.

One day, he and his brother, a saxophone player, were listening to Coltrane’s 1961 album My Favorite Things when something peculiar made them stop dead in their tracks.

“My brother is just like me,” Rakim told the Public Enemy frontman at the time. “We love music. Me and him were sitting in a room one day playing John Coltrane. My brother played the sax, that’s why I started playing it. Luckily, he was lazy; he’d just put it down and cut out. I’d try to play the same thing he just played by ear. Anything he did, I tried to do. We love music — analyzing it, critiquing it, enjoying it, whatever.

“One day, we were sitting there listening to John Coltrane My Favorite Things. We got to a certain joint, a live joint, and he played two notes at the same time. We’d heard the song before; we used to play it at least once a week. It was like a ritual.”

But this time, they noticed something different. Rakim turned to his brother who asked, “Did you hear that shit?”

“I can’t tell you exactly what we was doing while we was listening,” he continued. “You get up in the morning and you light one up. All the times we heard it, we never caught it and the day we caught it, we caught it at the same time. It must’ve been some good shit that day. He pulled the needled back and we couldn’t believe it. Playing the sax, that’s impossible. Every time you change your finger, you change the notes. For him to play two notes at one time, we were like ‘Ah, fuck.’

“Trying to figure that out, I take people’s ideologies of what they do and try to convert it to Hip Hop. Now my thing is, if John Coltrane can play two notes at one time, what can I do with a pen and words? This is the innovators that push the envelope. That’s one of the reasons he’s John Coltrane.”

And that’s one of the reasons Rakim is Rakim. Check out some of his favorite music below.