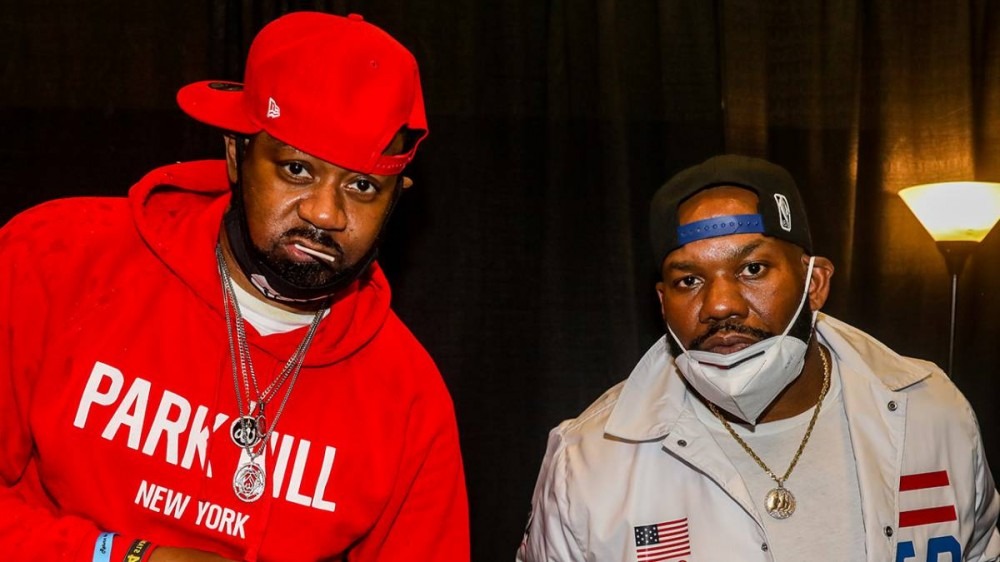 Raekwon and Ghostface Killah stopped by Drink Champs for a four-hour conversation with N.O.R.E. and DJ EFN on Saturday (November 20). On the topic of Verzuz, the Wu-Tang Clan legends discussed potential suitors for a battle.

The pair went head to head with each other in March, but they admitted The LOX would be an ideal match for them — despite Jadakiss, Styles P and Sheek Louch going up against Dipset in August.

Ghostface Killah added, “The LOX still make me go write. I don’t get inspired by rap no more, but at the time when Biggie and Nas, Mobb [Deep], all that, it was like, ‘Okay,’ and I’m looking forward to brothers’ albums coming. M.O.P., Hov, all of them. But that’s all New York.

“I don’t really get that much inspired no more, maybe because I’m not really hearing it go off like that ’cause a lot of other shit is flooding the way or whatever. But when I hear a couple of pieces coming from LOX and all that shit like that, it’ll be like, ‘Oh shit.’”

Raekwon also talked about the intensity of The LOX vs. Dipset and how he thinks Ghostface Killah and himself laid down the blueprint.

“One thing about Verzuz, anybody could win if your list is right,” he said. “It’s all about your list. So it ain’t really about your head getting blown off, it’s just all about you being strategic with what you think he may come out with, and counter. But I’ma be honest with you, when they were doing all of that, whylin’ on each other, I respect it, because it was a night of battling. When you battling, you battling, even though it’s friendly competition.”

He added, “To be honest with y’all, me and [Ghostface Killah] set it off with that, because we was the ones that came before everybody else. So me knowing how important it is to see real competition, I knew I had to start talking shit with this dude.”

Kurupt and Daz Dillinger were also discussed as suitable opponents.