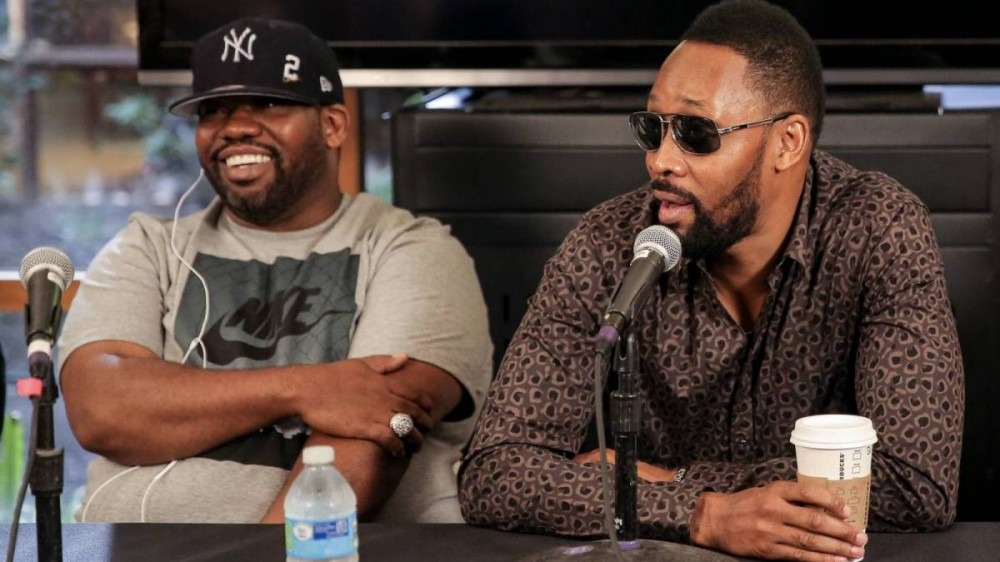 The Wu-Tang Clan is one of the most legendary groups in Hip Hop history. Their influence on the genre changed the game for Hip Hop in the early 90s, and they redefined what it meant to be a bonafide Hip Hop collective. However, the group didn’t reach this elite status without running into problems.

One of the things about the Wu-Tang Clan that’s just as famous as their music was the issues between members of the group. Money issues and egos got in the way several times and led the Clan to disband a few times.

During the latest segment of his interview with VladTV, Raekwon shined a light on his issues with RZA that was only made worse because of the deep love he has for his fellow Wu-Tang brothers. Rae said RZA moved like a cult leader with how calm and convincing he was.

“He’s one of them like you could be super tight at RZA, and the minute you see him and start addressing the situation you look him in the eyes, and he start talking to you with mannerism and respect,” Raekwon explained. “He always knew how to control his emotions, so he was never was like us when it came down to really spazzing. RZA was well-balanced when it came to dealing with his emotions. Once you talking to a brother you love and at the same time put you on game to get you where you at he know how to spin shit around.”

Rae continued to say by the time RZA is done speaking to you, he’ll have you on his side going along with whatever his ideas were. There was one instance where RZA’s mastermind qualities didn’t work on Rae. The Only Built 4 Cuban Linx rapper confronted the super-producer about his “system” not working, and RZA fired back saying it’s not his methods that don’t work but the rappers within the clan.

“I could never respect that,” Raekwon added. “Now you pointin’ fingers. Now you tryin’ to throw it back on us when in all reality, you are apart of us, so it’s all of us. Where you get this ‘you’ sh*t from? Like I said, I would say the same things to the boys, too, because I’m a vocal n-gga.”

“A lot of times, it was always the love that we had and the respect there, that the business got way caught up in it. And a lot of times it’s like, like I said, I feel like yo, damn, I don’t really wanna spaz on my n-ggas because I love these n-ggas, and at the same time, we built somethin’ so beautiful, that the world is attracted to it. So, let it go. Let it fly. It’s gonna fix itself.”

Even the smaller issues within the camp almost ruined the group, but they did their best to brush it off. But as Rae told VladTV, one small thing can always get bigger and bigger.

The Wu-Tang Clan’s Hulu series Wu-Tang: An American Saga is nominated for the TV Show of The Year award at the 2021 HipHopDX Awards. Check out which shows are going against the Wu here.