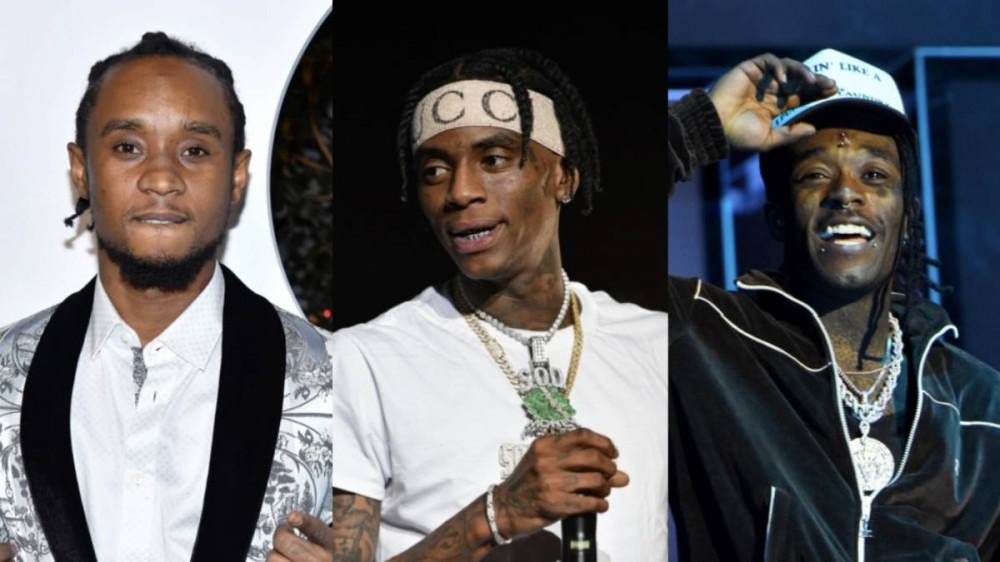 West Hollywood, California – Slim Jxmmi has taken a liking to the sport of boxing, and it seems like he’s looking to set up an actual bout to test out his newfound skills.

On Sunday (March 6), TMZ caught up with Slim Jxmmi leaving Dogpound Gym in West Hollywood, California, and asked his thoughts on taking his boxing training seriously. According to Jxmmi, boxing is helping him turn his life around and an outlet for him to get back on track.

“Since I just turned 30, I want to get my life together and be done with the stupid shit, and I just want to set an example for my kids so this is me taking a step towards that direction,” Slim Jxmmi said. “It’s something I always wanted to do, so I think I’m a just do it right now. Right now is the best time. If I don’t do it now, I’m never going to do it.”

The reporter then asked who Slim Jxmmi had his eyes set on for a fight, and the Rae Sremmurd member wasted no time calling out Soulja Boy and Lil Uzi Vert.

“I want to be on Jake Paul’s card, Soulja Boy Tell Em. I’m telling him to get in the ring because he already called me out before we need that. That’s good for the culture,” Jxmmi added. “Lil Uzi Vert, I seen him in the boxing gym. Anybody in my weight class, if you in the 130 to 140 weight class, training in boxing. You want to get out there, let’s get out there.”

Boxing has also helped Jxmmi cope with the aftermath of his battery case with his girlfriend Kiara. In January, Slim Jxmmi was arrested in Miami-Dade County after allegedly attacking the mother of his 1-year-old son. Jxmmi was accused of knocking down a door and forcibly pulling out Kiara’s hair extensions during an argument.

The “Black Beatles” star was let off the hook after his girlfriend took back the allegations, according to legal documents obtained by TMZ. During the quick meet-up with the popular news platform, Slim Jxmmi said things are all good between him and Kiara.

“I love my baby momma, and I love my kids, both my baby mommas by the way,” Jxmmi said. “And you know things happen. I’m single, she’s single, but both of us are going to be good. I’m going to take care of her for life.”