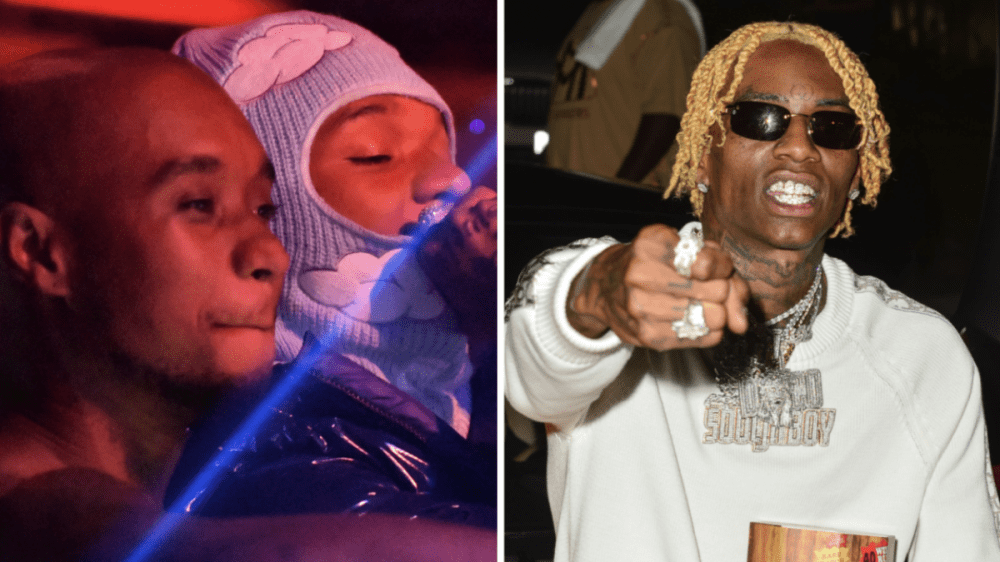 Boxing matches have become a popular outlet for rappers to settle their differences or simply put on another form of entertainment outside of their music careers. When Soulja Boy issued an open challenge to every artist on Tuesday (August 9), Rae Sremmurd’s Slim Jxmmi quickly accepted Big Draco’s invitation into the ring.

“I’ll fight any rapper in the game in a boxing match,” Soulja proclaimed, with Jxmmi replying, “Let’s run it.”

The Rae Sremmurd official Twitter then added fuel to the fire to which Big Draco predicted, “I’ll knock yo homeboy out Swae.”

“Come on ! Let’s set it up,” Rae Sremmurd wrote to send the ball back to Soulja Boy’s court.

It remains to be seen whether it’s all talk or there’ll be a potential fight in the near future. Slim Jxmmi has been training in the gym throughout 2021, so it looks like he’ll be ready for the occasion.

Other rappers recently stepping in the ring include DDG and Blueface. In June, DDG took out Nate Wyatt during LiveXLive’s Social Gloves: Battle of the Platforms event and Blueface defeated Kane Trujillo during a Bare Knuckle Fighting Championship event on July 23.

HipHopDX caught up with both DDG and Blueface at Rolling Loud Miami where the “Thotiana” rapper named their price of $5 million apiece to sign the dotted line for a boxing match.

Elsewhere for Soulja Boy, he recently detailed how he tapped out of a 2009 smoking session with Snoop Dogg during an interview with Power 106. He also pulled up to a wedding over the weekend where he performed “Rick & Morty.”