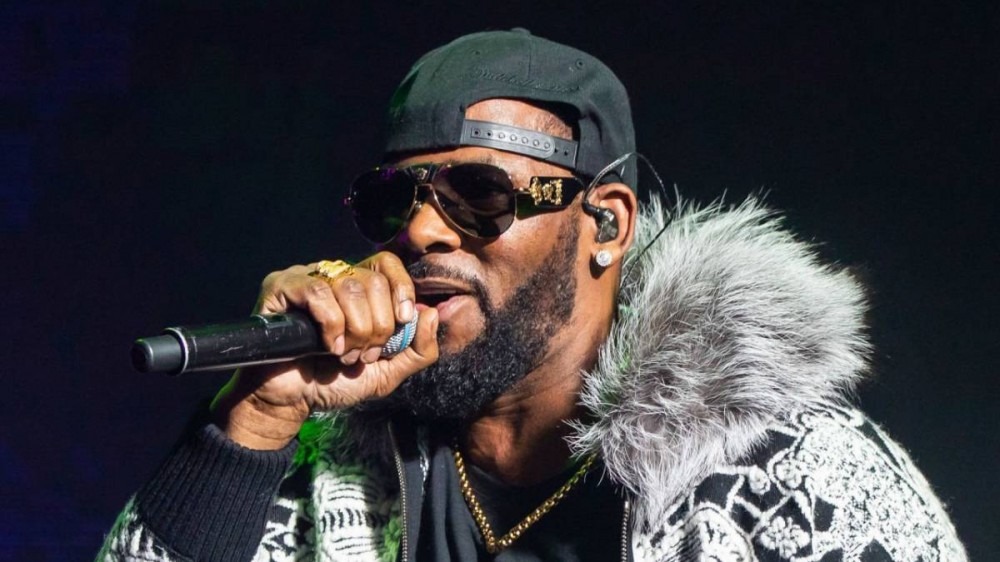 R. Kelly may be behind bars for horrific crimes, but clearly some fans still can’t get enough of his singing talents.

On Friday (March 18), TikTok user jizzlezoldykk uploaded a video of the disgraced R&B legend singing for her over the phone from prison. Allegedly, the girl’s father is currently incarcerated in the same Brooklyn federal detention facility as R. Kelly and managed to get the 55-year-old singer on the phone.

Kellz then lets out a long sigh before delivering a brief rendition of his 2011 Love Letter title track. The girl and her friend can barely contain themselves as R. Kelly’s famous pipes come through the phone’s speakers.

“Thank you,” they scream through astonished laughs, to which the incarcerated superstar replies, “You’re welcome.”

The video has since racked up over 800,000 plays on TikTok and an additional two million-plus views on The Shade Room‘s Instagram.

As the clip went viral, speculation suggested R. Kelly — whose financial troubles are no secret — performed the song in exchange for money, but that notion was quickly shut down by jizzlezoldykk.

“R Kelly didn’t do anything for commissary!” she clarified in an Instagram Story. “I just simply asked him to sing and he said yes.”

In September 2021, R. Kelly was found guilty in U.S. District Court in Brooklyn of exploiting his celebrity status to sexually abuse women and children over two decades. He was convicted on all nine charges he was facing, including eight counts of sex trafficking and one count of racketeering.

The “Ignition” star is due to be sentenced on May 4 and faces 10 years to life in prison. He is also set to stand trial in Chicago in August on separate child sex images and obstruction charges.