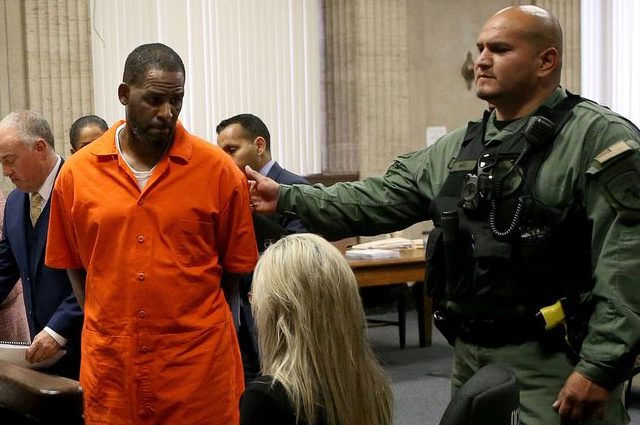 R&B singer R. Kelly will learn his fate in a Brooklyn courtroom, after being found guilty of sex trafficking. Prosecutors say Robert Kelly used his fame and money to prey upon children and young women for his own sexual gratification.

In other news, a Chicago area fan of R. Kelly is accused of threatening federal prosecutors in New York. Christopher Gunn of Bolingbrook is charged with making threats involving serious bodily injury or death.

Authorities say a week after that trial ended, Gunn posted a video on YouTube threatening to “storm” the U.S. attorney’s office in Brooklyn.

The “Age Ain’t Nothing But a Number” producer was convicted last September on numerous charges including sex with underage girls and racketeering.