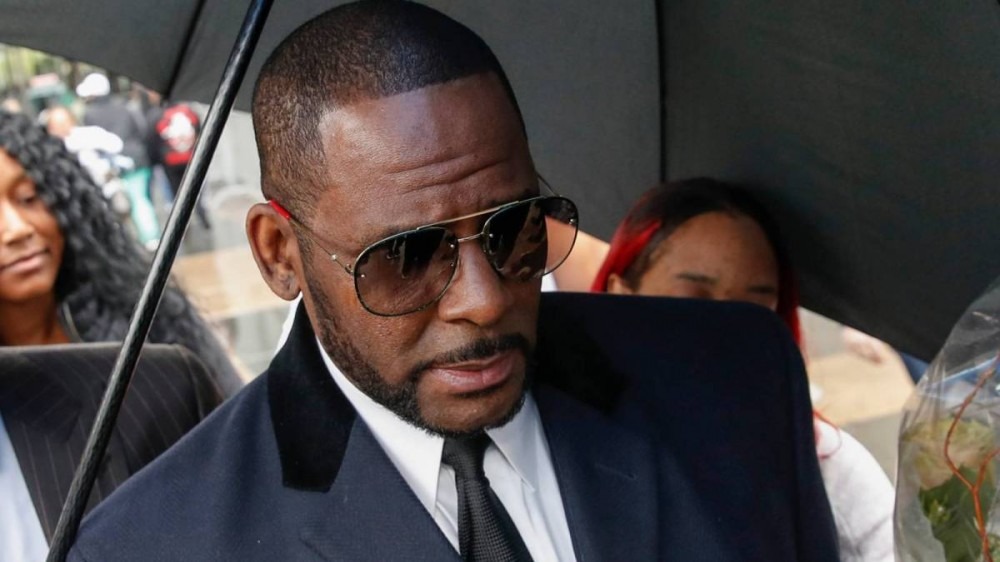 Chicago, IL – R. Kelly has been convicted of child pornography charges by a federal jury in Chicago after roughly 11 hours of deliberation.

According to The Chicago Tribune, the embattled R&B star was found guilty on Wednesday (September 14) of making videotapes of himself sexually abusing his then-14-year-old goddaughter decades ago.

The “I Believe I Can Fly” singer was acquitted, however, of the count alleging he videotaped himself having sexual contact with “Jane” and prosecution witness Lisa Van Allen in his 2002 Cook County case.

Three of the first four counts of the indictment, which included the sexual exploitation of “Jane” for the purpose of producing child pornography, carry a minimum of 10 years in prison.

Although Kelly didn’t beat the more serious counts, defense attorney Jennifer Bonjean reportedly rubbed his back as some of the “not guilty” verdicts were read.

Meanwhile, R. Kelly’s co-defendants, Milton “June” Brown and Derrel McDavid, were acquitted on charges they conspired to receive child pornography, as was Kelly.

The prosecution’s case relied on their witnesses Van Allen and Charles Freeman, who Kelly’s attorneys characterized as “liars and extortionists” throughout the trial, bringing their credibility into question.

Bonjean said during closing argument’s the victim’s parents lied about her relationship with Kelly because “they didn’t care … they condoned it.” She added: “Lives are complex, and for all the fist-pounding and the outrage, that family made a decision that they had to live with at that time.”

The verdict arrives 14 years after R. Kelly was acquitted on similar charges in Cook County, which centered on a single video of Kelly allegedly abusing “Jane” in the hot tub room of his former home.

Kelly was indicted in July 2019 on charges of producing and receiving child pornography, enticing minors for sex and obstruction of justice. Assistant U.S. Attorney Jeannice Appenteng said the evidence proved Kelly was a serial sexual predator and accused his co-defendants of aiding him in an effort to make money.

“What R. Kelly wanted was to have sex with young girls,” Appenteng said. “And what the people around him wanted… they wanted to help their boss, including helping him get away with it. You saw how (Kelly) was using her body, flipping her over, throwing her around like she was some rag doll. That’s what this case is about.”

R. Kelly was sentenced to 30 years in prison in June following his New York federal trial. He’s still facing pending criminal charges in Minnesota, which have largely remained on hold during the pendency of his federal cases.